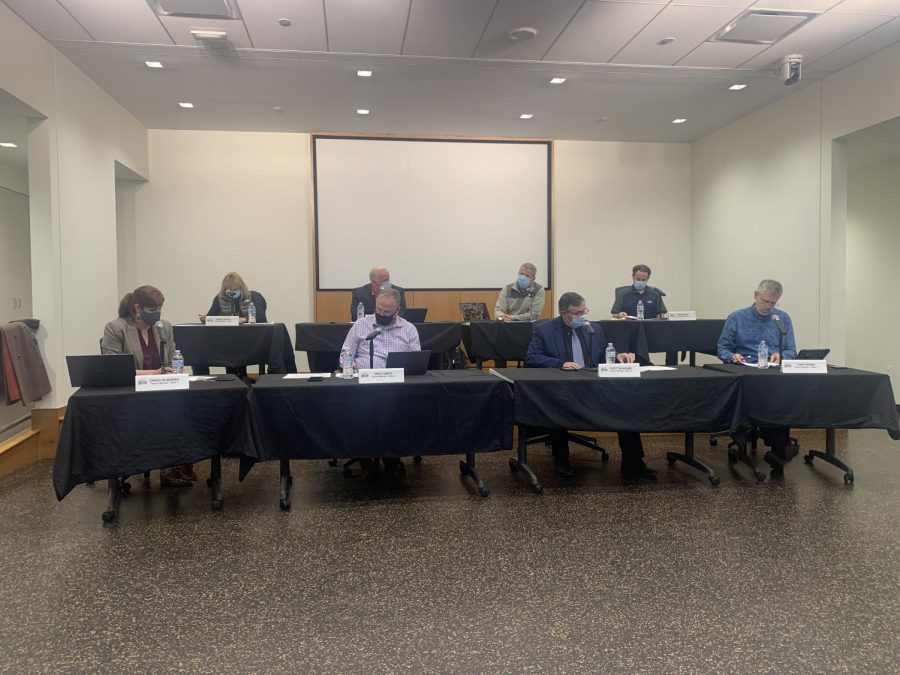 DeKALB — The DeKalb City Council unanimously approved to amend the language in police contracts through a collective bargaining agreement at its meeting Monday.

The Fraternal Order of Police Labor Council was concerned that officers had to go in front of the citizen police review board against their will and also to maintain confidentiality for both active and pending disciplinary proceedings, City Manager Bill Nicklas said.

The citizen police review board will be composed of five members that will make recommendations to the police department, deal with residents’ concerns and review “use of force” investigations.

“It’s important that people may not know about collective bargaining agreements or, in this case, our particular FOP agreement,” Nicklas said. “It does provide for appeal of discipline, and it can go through internally. It might be probably appealing as the chief’s judgment. It could go to me,  and then it could go to arbitration. Or it can go possibly through the Board of Police Commissioners. There are various options here.”

The police review board is a public administrative body that must conduct its hearings in a manner consistent with the Uniform Peace Officers Disciplinary Act and Illinois Labor Relations Act, Nicklas said.

There were two changes to the collective bargaining agreement that were passed Monday.

First, no police officer will be forced to go in front of the review board or any other board or commission against their will.

“They can do this certainly on their own,” Nicklas said. “They can say, you know, ‘Hi, I think I did the right thing. I’m happy to talk with you and present my view with whatever happened.’”

Secondly, police officers’ identities and records involved with an administrative hearing can be shared with the review board in an executive session where members meet privately. The proceedings can become public once a decision is made.

The ordinance to implement the citizen police review board passed 8-0 on second reading. Members of the board will be appointed at the next City Council meeting on Nov. 22.

“So we reduced our tax rate, the overall levy out of the public’s pocket is less by the City of DeKalb, but with the 14% increase in levy that the library is doing, that kind of washes out the goodwill that we created by what we did,” Mayor Cohen Barnes said.

The library is operated by a separate board that makes a request for its own tax levy, City Attorney John Donahue said. Due to the library district statute, the city is obligated to levy that amount for them.

Once the levy comes into the city, the library can spend it based on their budgets, recommendations and actions, Donahue said.

The city provides some financial services for the library and contributes toward the redemption of the library, Nicklas said.

“I believe the library is called out separately from the city, though, so at least you can track it; that way, you can look at your bill from last year,” Seventh Ward Alderperson Anthony Faivre said. “You can see what the city charged, (and) what you paid for the library, and you can do the same thing this year.”

Nicklas said the council will have another public hearing on Nov. 22 on the aggregate levy, which includes the city and library levies.