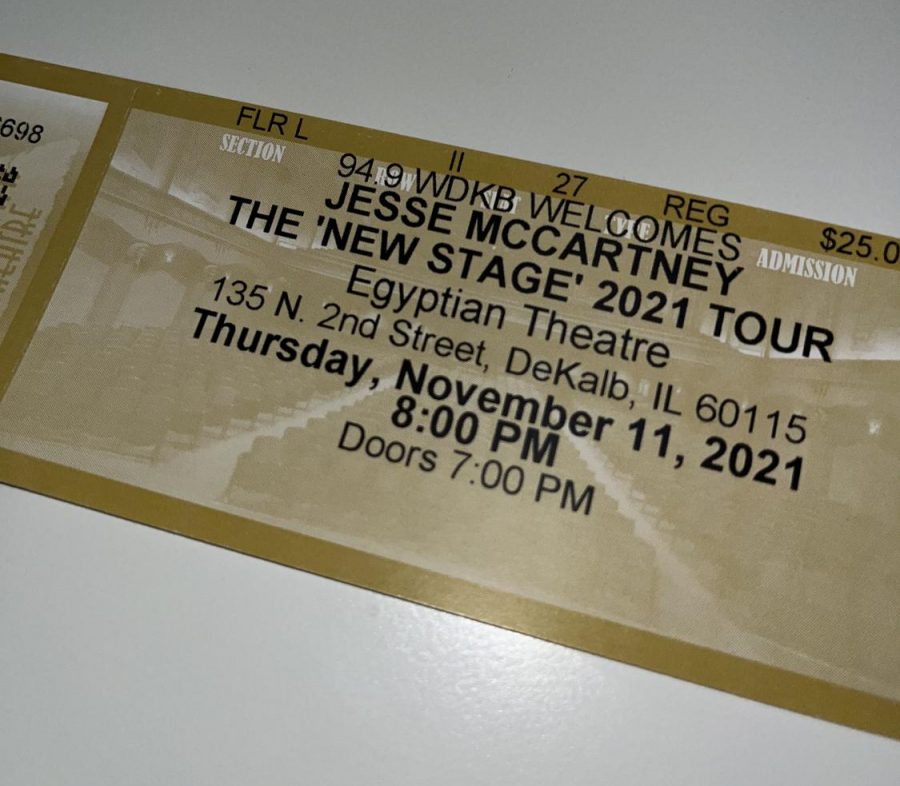 Every year, students pay about $9 per credit hour in student fees, which support university operations and student activities. In return, students can attend athletic events, fine arts performances and other campus activities for free.

However, this was originally not the case for Thursday’s Jesse McCartney concert, which the Campus Activities Board sponsors, in partnership with The Egyptian Theatre.

It was unnecessary to charge students to attend an event that was made possible by their student fees.

For the 2021-22 academic year, the Student Government Association allocated $96,000 in student fees to the Campus Activities Board, with roughly $31,000 being used to pay the students on CAB’s executive board, said Meg Junk, chief of staff for student affairs.

Before officially choosing McCartney, Jenn Manning, executive director of the Holmes Student Center, said that the selection process for choosing the performer was based on a limited group of students working over the summer, as well as other student staff in the building.

Junk said CAB paid $20,000 as a portion of the concert, meaning that CAB spent almost 31% of the remaining yearly budget on the McCartney concert.

In an effort to offset some of the costs, CAB hoped to sell 500 tickets to students at a discounted price of $15.

Manning said that ticket pricing was chosen based on that of a prior concert.

At any price point, it seems unfair to charge students to attend an event that they’ve essentially already paid for, especially when the price of a ticket is $4 more than what most students make hourly.

“It’s very standard that almost everything is free until you have to pay this much money for a concert, and then you try to offset it just a little bit,” Junk said.

Having sold only 50 tickets just weeks before the concert, the Division of Student Affairs announced that tickets to the Jesse McCartney concert would now be free to students.

Manning said that within a week of tickets becoming free to students, students claimed over 200 of them.

With interest in the concert peaking only after tickets became free, it seems that a lack of interest is not to blame for poor ticket sales, but possibly the pricing itself.

“In hindsight, I think offering it free is just as good,” Manning said. “I mean, it’s better for the students, obviously, and probably would’ve been easier to get the tickets out to students.”

Manning said that the ultimate goal is to provide a variety of events for all students and to make it easy for them to attend those events, but that they’re learning and growing in understanding what works best for students.

This event was made possible by student money, so it’s only fair that all students have the option to attend the concert, no matter their financial situation.