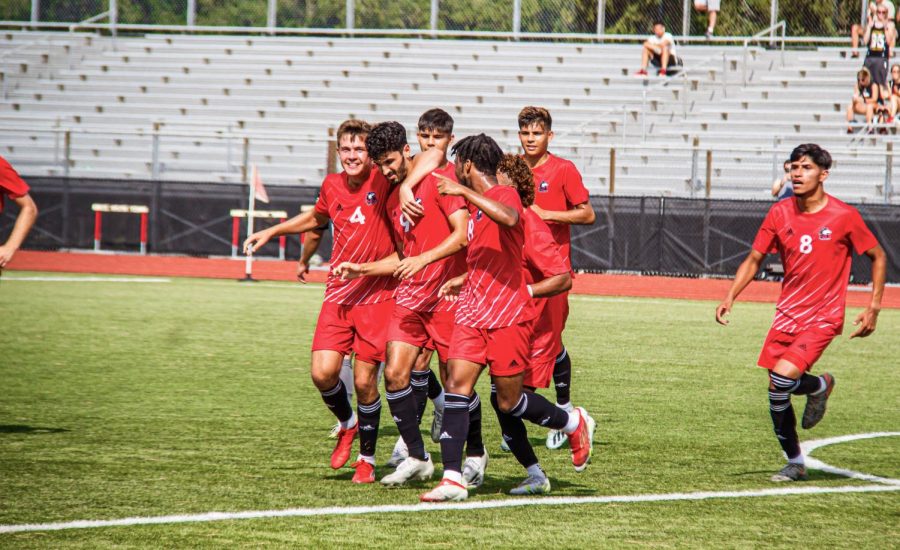 DeKALB — Senior forward Nick Markanich and the 15th ranked NIU men’s soccer team will face the fourth-seeded Bowling Green State University Falcons at 6 p.m. Thursday in the semi-finals of the Mid-American Conference tournament. The Huskies are the top seed in the MAC tournament.

Nick Markanich was named to the College Soccer News and Top-Drawer Soccer National Teams of the Week after scoring 14 goals and totaling 32 total points on the season.

The Huskies, who are hosting the MAC tournament for the first time since 2006, will be looking to secure their first postseason conference title since 2011.

NIU secured home-field advantage and the first seed in the tournament when they defeated the University of Akron Zips 2-1 on Oct. 30 to win the MAC regular-season championship.

“I thought the crowd has been unbelievable all season, and we are going to need them at times in these playoffs as we have done in the regular season,” sophomore defenseman Harry Jolley said. “That was the most important part to us, making sure that we get that home advantage.”

The first semi-final will be 3 p.m. on Thursday at the NIU Soccer & Track and Field Complex as the second-seeded West Virginia University Mountaineers will play the third-seeded Georgia State University Panthers.

NIU will follow at 6 p.m. and will look to defeat the Falcons after finishing their only regular season match in a 1-1 double overtime draw.

“They are always tough games (with Bowling Green).” Swan said. “If you look at the number of games that have gone to overtime in the last few years, it is always a tightly contested matchup, and we are anticipating the same. We know they will be fired up for it. They play a very high-tempo, high-pressing style, so we have to be ready for that and make sure that from the opening whistle, we are ready to go.”

The winners of both semi-finals will meet in the finals on Sunday to crown the 2021 MAC champion.

The Huskies have fared well against the other opponents in the tournament. NIU upset the then fourth-ranked West Virginia Mountaineers 2-0 on Oct. 9 as both junior defenseman Adrian Lara and sophomore midfielder Eddie Knight netted a goal each.

The Huskies also beat Georgia State 2-1 in overtime on Oct. 23. thanks to two goals by redshirt senior Pepe Martinez.

Tickets for the semi-final doubleheader are $10, and tickets for the finals are $5. Students from all participating schools can get in free with a valid student ID.

All three of the matches will also be streamed live for free on NIUHuskies.com.