The importance and style of ‘Get Out’ and ‘Us’ 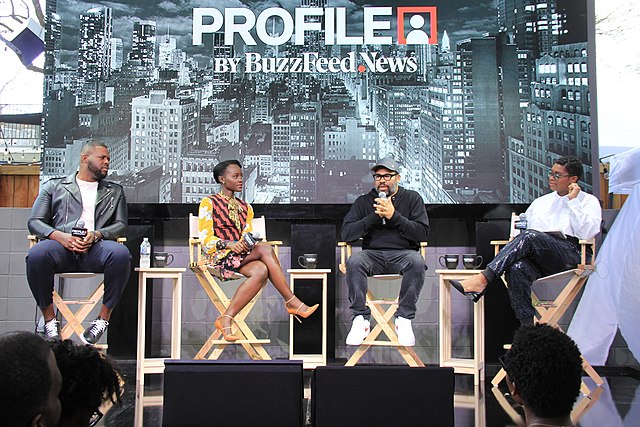 Director Jordan Peele and select cast members of "Us" on a panel.

“Get Out” and “Us” are two different, yet similar films. “Get Out” is  the start, or at least a timestamp in modern cinema where more socially conscious horror films are made by Black creators. This has been a groundbreaking shift and has been the inspiration for many creators to tell Black stories in horror. Yet, the downfall would be that many films are copying the formula that director Jordan Peele has set in his films.

While “Get Out” focuses more on racial issues and the idea that the greatest evil comes from society and people, there are microaggressions aimed toward our protagonist Chris, played by actor Daniel Kaluuya. Chris is a skilled photographer and he and his girlfriend Rose, played by Allison Williams , go to meet her parents. Chris initially questions if her parents will be accepting of him because he is a Black man and is skeptical of what their reaction will be to the relationship. He soon discovers that they are a part of a racist cult-like organization that kidnaps Black people in order to transfer their consciousness into their bodies. In the film, several easter eggs and hints point to the evil intentions of the organization as well as historical things. The ending being unexpected, but a welcoming, hopeful change to how horror situations usually turn out.

“Us” is similar in style to “Get Out” but takes a more suspenseful and horror science fiction approach. The film centers on the Wilson family as they take a family vacation and encounter evil doppelgangers called the “Tethered” who are trying to kill them. Only to realize that it is a global phenomenon and the Tethered are attacking people around the country. “Us” is a commentary on class systems and the gap between the upper and lower class. The film finds a way to make the viewer sympathize with the Tethered. The film’s plot twist ending was foreseeable, yet still a nice twist ending.

These are how the two films are similar in terms of themes and social commentary. The films are shot beautifully and Peele clearly has a vision. Aesthetically pleasing shots and are even shot very eerily and ominously. The dialogue in both films is stellar, with memorable characters with realistic tendencies. These aspects combined are definitely the staple of Peele’s directing style.

The next anticipated horror film to be directed by Peele is titled “Nope” the plot is unknown, but expected to be released July 22, 2022.