Getting to know the Eternals 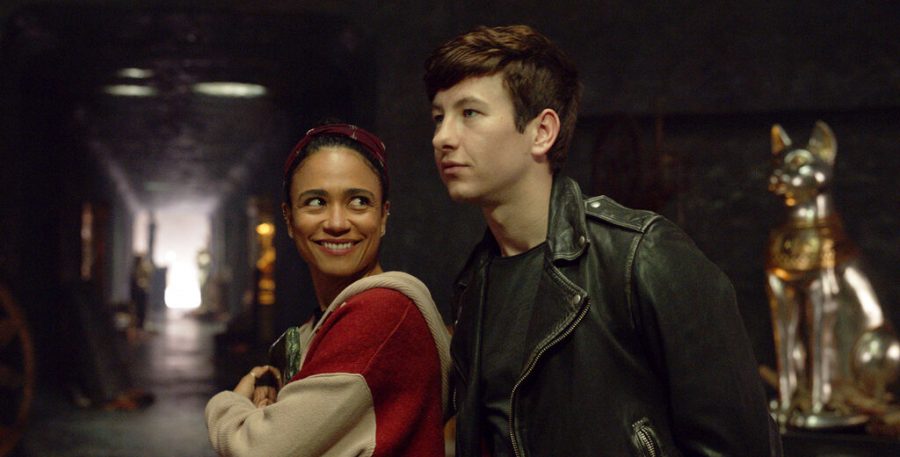 This image released by Marvel Studios shows Lauren Ridloff, left, and Barry Keoghan in a scene from "Eternals."

Marvel Studios theatrically released “Eternals” Nov. 5. It is expected to be a film that feels different from the other Marvel Cinematic Universe films and is a drastically different interpretation of the individual characters from the source material. However, the Eternals have gone through many changes before in the comics. Therefore, there is a precedent for the changes in the films.

The origin of the Eternals is tied to the early days of humanity in the Marvel universe. It’s fascinating how their origin is importantly linked to the heroes of the universe; the Eternals have never had certain stories that make them standout characters that appeal to readers or general audiences. Nonetheless, this is why I’m excited to see what the film studio does with them and if they can make more audience members care about these characters. Also, future possibilities in the Marvel Cinematic Universe can be hinted at in the film.

Understanding the Eternals can be confusing. The Eternals are a race of beings created by the celestials, which are giant god-like beings who were the first form of existence in the universe. The celestials are responsible for contributing to the creation of life forms throughout the universe as well as experimenting on them to create subspecies. This comes into play when the celestials visited earth millions of years ago and performed genetic experiments on early ancestors of humans.

Technically, what can be considered the third race is humanity, as one of the celestials left a latent gene, the X-gene, which contains the expansion for human potential and the reason for mutants’ existence. This is what the X-men are in the Marvel universe. Also, the experimentation on humans by the celestials is the reason why characters like Bruce Banner can be hit by gamma rays and turn into a superpowered being instead of dying immediately.