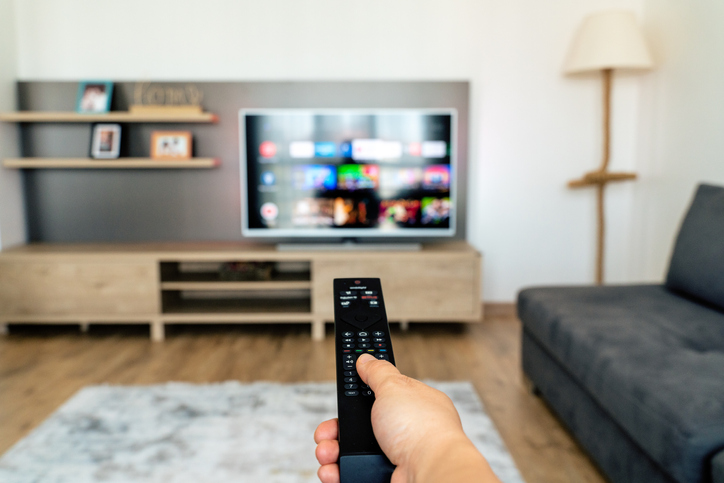 With the snowy and gloomy weather this weekend, it’s the perfect time to get cozy on the couch and watch some movies and TV shows. Here are my top picks for the weekend.

“Shang-Chi and the Legend of the Ten Rings” (Disney+)
I am a big Marvel fan and first saw this back in September when it was released in theaters, but now it is on Disney+. If you’re looking for something that is action-packed and comedic, has stunning visuals and beautiful Asian representation, then this is the movie for you.

The movie follows Shang-Chi, played by Simu Liu, and his friend Katy, played by Awkwafina, as they travel back to the Ten Rings’ compound.

His father is convinced that his mother is alive and sealed behind a gate in her village of Ta Lo, but Shang-Chi witnessed her death when he was young. Shang-Chi must stop his father and his soldiers from destroying his mother’s village.

This is a TV comedy that you can binge-watch all weekend and never get tired of. “New Girl” has seven seasons of roughly 22-minute episodes, so it is a quick, easy show to get through for the weekend.

The show follows a group of unique roommates navigating through relationships and life together all in one loft apartment. We see how they interact and help each other through the good and the bad times. Their bonds are so strong that they always end up back together at the end of the day.

“Inception” (Hulu)
If you enjoy movies that will leave you confused, or just enjoy Christopher Nolan movies, then “Inception” is the pick for you. This is one of my favorite of Nolan’s films because the storytelling is so complex that you can’t take your eyes off the screen for one second.

This thriller movie stars Leonardo DiCaprio, Elliot Page and Joseph Gordon-Levitt as a group of criminals who invade people’s dreams trying to steal secrets and plant ideas in people’s minds.

This is a movie to pay close attention to because of all the criminals’ dream hopping, so it’s a perfect weekend watch while sitting on the couch with no distractions.