Huskies fall to Harvard on road 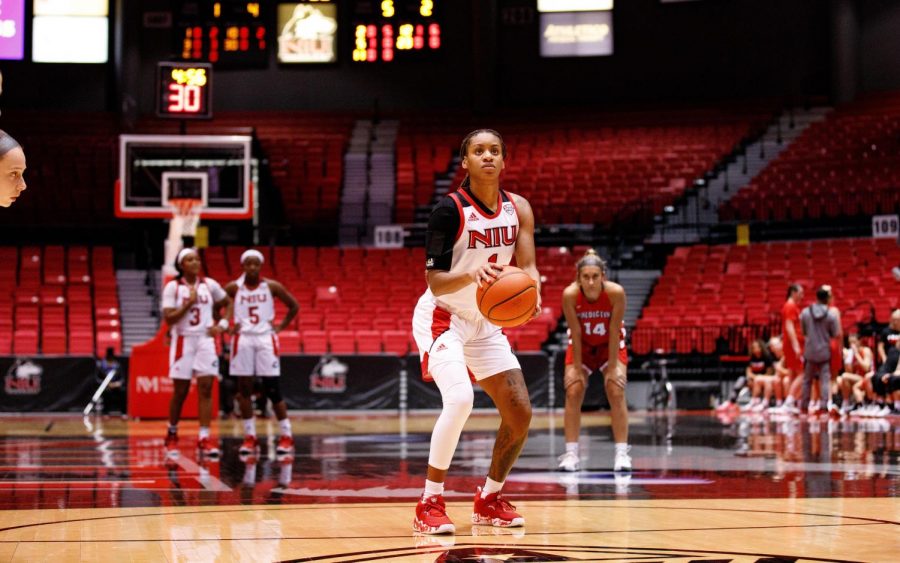 Redshirt senior guard Errin Hodges prepares to shoot a free-throw in NIU's exhibition game on Oct. 30. Hodges managed only three points in the Huskies 70-53 loss to Harvard on Nov. 14.

DeKALB — The NIU women’s basketball team were defeated in their first road game of the season against the Harvard University Crimson 70-53.

Crimson junior guard Maggie McCarthy led the team with 16 points, shooting 6-for-8 from the field and making four three-pointers.

“We couldn’t play today the way we did against Illinois State because of Harvard’s length,” Carlsen said in a Sunday NIU Athletics press release. “It took us a while to get used to it and we didn’t adjust soon enough in order to have success. This will be a good film for us to watch and look at situations where we missed opportunities or we didn’t execute when we needed to.”

In the first quarter, the Huskies had five turnovers in the first four minutes of the game. Huskies went on a scoring drought, going six minutes without scoring a field goal. They finished the first quarter with six points, shooting 2-for-15 from the field,  2-for-8 from three and committing six turnovers.

The Huskies limited turnovers in the second quarter, but could not stop the Crimson’s ball movement. The Crimson moved the ball efficiently across the quarter and spaced the floor very well in the second. McCarthy had 11 points in the first half, shooting a perfect 3-for-3 from the three-point line.

Huskies led in turnovers in the first half, with nine turnovers to Crimson’s four and shot 20% from the floor. The halftime score was 30-17 Harvard.

Huskies finished the game with 18 turnovers, shooting 32.8% from the field and 29% from three. The Crimson had 15 points off Huskie turnovers and 30 points in the paint. Their largest lead of the game was 24 points in the third quarter at 1:53.

The Huskies are headed back home as they take on the Bradley Braves at 6 p.m. Nov. 22 at the Convocation Center.