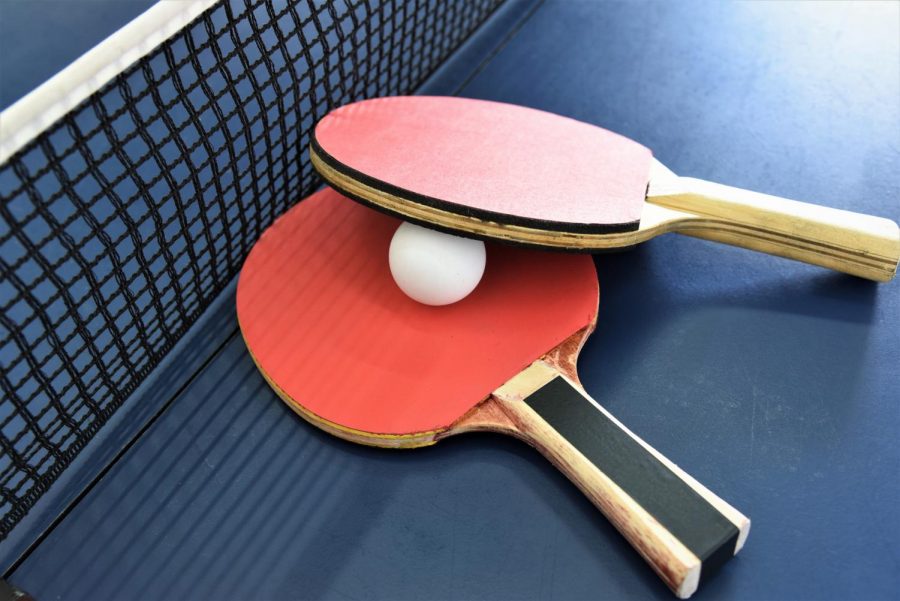 As the sounds of basketballs hitting rims and volleyballs being spiked are heard on distant courts, so are the sounds of ping pong balls rapidly hitting the table.

The NIU Table Tennis Club that is run by sophomore business major Jack O’Connell has been meeting at the NIU Recreation Center since the start of the semester with two goals in mind: having fun and building friendships.

“I started doing table tennis last year, and I started playing here at the club, and I just really fell in love with it,” O’Connell said.

While attending the Table Tennis Club at the Rec Center, visitors can be sure to see friendly faces, face fierce competition, and experience an overall enjoyable time. The camaraderie and competitive nature of the group match each other perfectly.

“I joined the Table Tennis Club to be here with my friends and play ping pong,” said Nasiru Williams, a sophomore electrical engineering major. “It’s kind of relaxing for me to play, and I also want to get better at it. It’s not too physically challenging, but it’s challenging enough to make me want to do it.”

Sportsmanship and building bonds are paramount to the club, with four tables set up for either singles or doubles competitions.

There is no official scoring during games, leaving players to decide what score to play up to. When not playing, club members can mingle and share tips on how to become a better ping pong player.

“I would definitely say that it’s very therapeutic to come here after a long day and play table tennis with a lot of my friends,” said Kayla Pizarro,  sophomore marketing major and vice president of the club.

The club was unable to meet last year due to COVID-19 restrictions, meaning this year will be the first time that O’Connell will run their once-a-semester tournament to crown the best of the club.

“Previously before COVID-19, there used to be tournaments held during the midway point of the semester, and I am 100% looking forward to playing in those as soon as we can,” said Malik Hall, a sophomore computer science major.

Those interested can feel free to bring their own paddle to the club, but paddles are also available at the front desk in the Rec Center.

The NIU Table Tennis Club meets on Tuesdays from 5:45 to 7:45 p.m. in the Rec Center toward the end of the basketball and volleyball courts.