Editorial: Portnoy should be out of bowl festivities

The MAC, NIU and Arizona Bowl should take stand in regards to allegations. 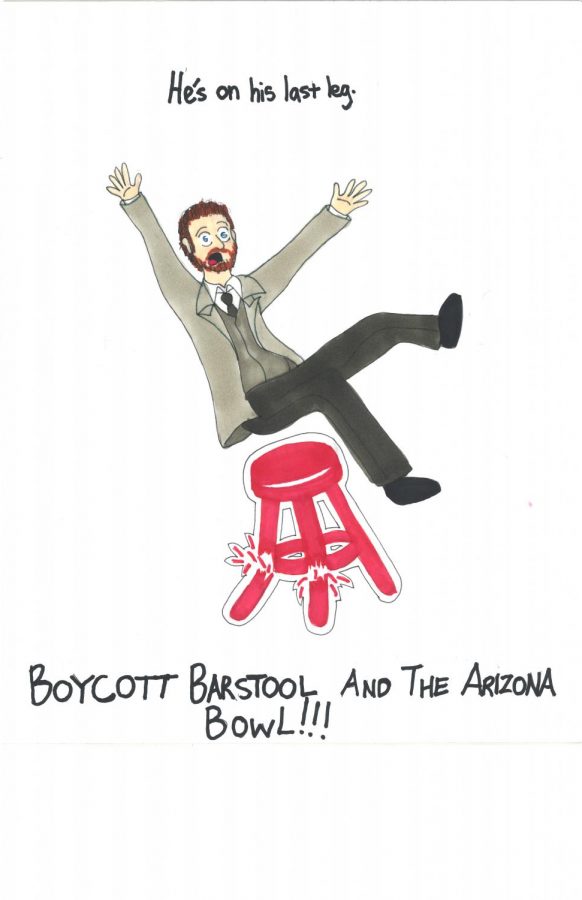 After a Business Insider article was released depicting Barstool Sports founder Dave Portnoy as having "rough" sexual encounters, the online media organization could be on thin ice with the public going forward. (Madeline Schuster | Northern Star)

College football bowl season is nearly upon us. While most eyes are on who the top four teams in the country will be, the Northern Star Editorial Board is focused more on where Huskie football could land during the 2021 bowl season.

While any opportunity for Huskie Athletics to compete on a national stage is great for the university, one possible landing spot has become tainted due to a Business Insider article accusing Barstool Sports founder Dave Portnoy to have “aggressive” sexual encounters with multiple women that border on sexual assault.

In the article, Portnoy is accused by three separate women of having “rough” sexual encounters that were described as “frightening and humiliating experiences that have taken a toll on their mental health.”

Portnoy is the face of Barstool and any events that it may host. One such event is a college football bowl game. The Arizona Bowl, hosted in Tucson, signed a title sponsor agreement with Barstool Sports.

The Arizona Bowl pits teams from both the MAC and Mountain West Conferences against one another in an annual college football bowl game, but this year Barstool will be the ones hosting.

The Northern Star Editorial Board feels that this partnership is questionable at best, but under no circumstances should Portnoy be present at the game. Given that the bowl’s mission statement includes “striving to inspire youth,” it does not feel appropriate for Portnoy or Barstool to be associated with such an event.

The allegations against Portnoy are not minor, and if true, warrant a criminal investigation and removal from the company.

“It was so rough I felt like I was being raped,” one woman wrote in messages obtained by Insider. “He videotaped me and spit in my mouth and choked me so hard I couldn’t breathe.”

No person should ever feel this way. Being a member of a college community, sexual assault is three times more likely to occur, according to RAINN, the nation’s largest anti-sexual violence organization.

The Northern Star Editorial Board believes that Portnoy’s presence at the Dec. 31 game would distract from the product on the field, making the bowl game the undercard and Portnoy the main event.

The Mid-American Conference, NIU and the Barstool Arizona Bowl declined to comment on if they believed Portnoy should attend the event, instead directing all comments to the Arizona Bowl.

College football should not enable people who behave in this way. Allegations such as these should not be associated with any college-sponsored event, but at the minimum, a man whose past includes rape jokes, repeated use of the N-word and harassment of those who publicly criticize him and his company should not be present at said event.

The Editorial Board encourages the MAC, Mountain West, NIU and the Arizona Bowl to disallow Portnoy from attending bowl festivities. These organizations need to set an example that allegations of such nature have consequences and should be investigated further.

To read the full version of Insider’s article free of a paywall, click here.