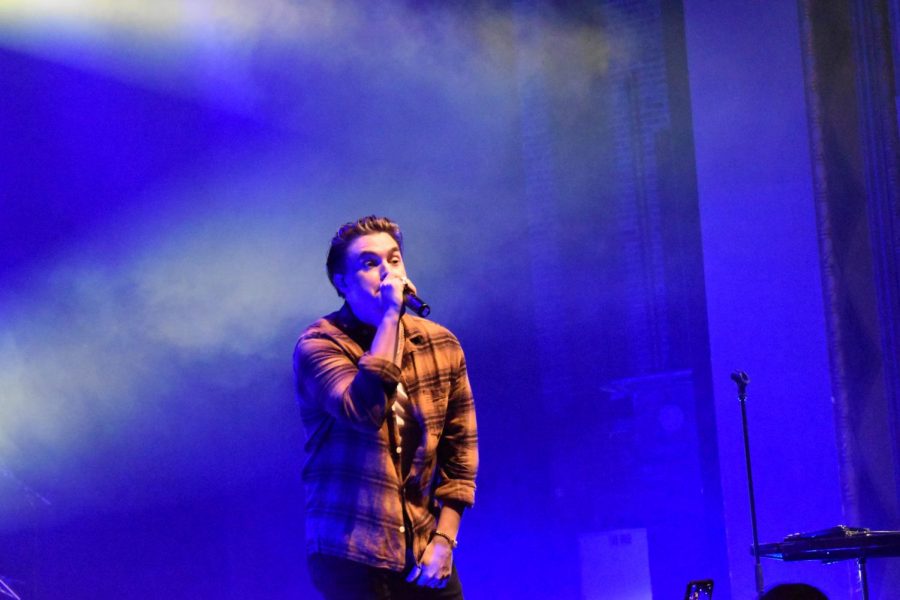 DeKALB — NIU’s Campus Activities Board attempted to recoup a portion of the investment spent in partnership with DeKalb’s Egyptian Theatre for the Jesse McCartney concert held Thursday.

CAB initially attempted to recoup some of the $20,000 they spent booking the concert by charging students $15 for attendance but decided to give the tickets out after only 54 tickets were sold, said Jennifer Manning, executive director of the Holmes Student Center.

“We decided we had only sold about 54 tickets at the 15 dollars and so we wanted to make sure that we opened it up so more students could attend the concert and decided to give them away for free, so we refunded the folks that had already paid for tickets,” Manning said. “We ended up handing out about 550 tickets.”

The board originally intended to offset some of the costs of the concert, but Manning admitted recouping the $20,000 investment wasn’t completely necessary.

“Typically, when we pay that much for an event, we do try to recoup a little bit of the money, but it’s not really expected,” Manning said. “We consider that $20,000 that we put towards the concert as just one of the expenses for the event and so we have in our budget that much to spend on the concert and then we have other money spent on other events.”

CAB usually determines which acts they book through social media and focus groups composed of NIU students. However, the COVID-19 pandemic posed problems for the board’s decision-making process.

“For this concert, we didn’t have anybody here hardly last year,” Manning said. “The Campus Activities Board turned over for the most part, so we have all new students. We worked with some summer interns that we had this summer, kind of informally surveying students that were on campus.”

Selection for artists is determined by the artist’s performance schedule as well as the board’s budgeting for the semester.

“They (CAB) are working on spring programming right now, and once they get that set up, they can start working on the concert piece for the fall,” Manning said.

Jeanine Holcomb, marketing and communications director for the Egyptian Theatre, said the theater’s intent on continuing to offer programming was targeted toward NIU students and the larger DeKalb community.

“We absolutely oversold in what we were anticipating, so we are very happy with where this is at,” Holcomb said. “As a nonprofit organization, it is absolutely core to our mission that we utilize this 92-year-old space as much as we possibly can, and as many people here on staff are alumni of NIU, we absolutely want to make sure that we can keep our ties very strong with the students here on campus and are excited to see where that takes us in the future.”

Programming for the Egyptian Theatre’s holiday season is available on the theater’s website. CAB will hold a Night at Holmes event at 7 p.m. on Dec. 3 in the Holmes Student Center.

“We’ve had a very busy fall with Jesse being one of the biggest shows this fall,” Holcomb said. “We hope to finish out our season strong and go into the holidays. We’re going to have a bunch of different programming throughout the holidays, and we’ll be announcing over the next month or so for our spring season.