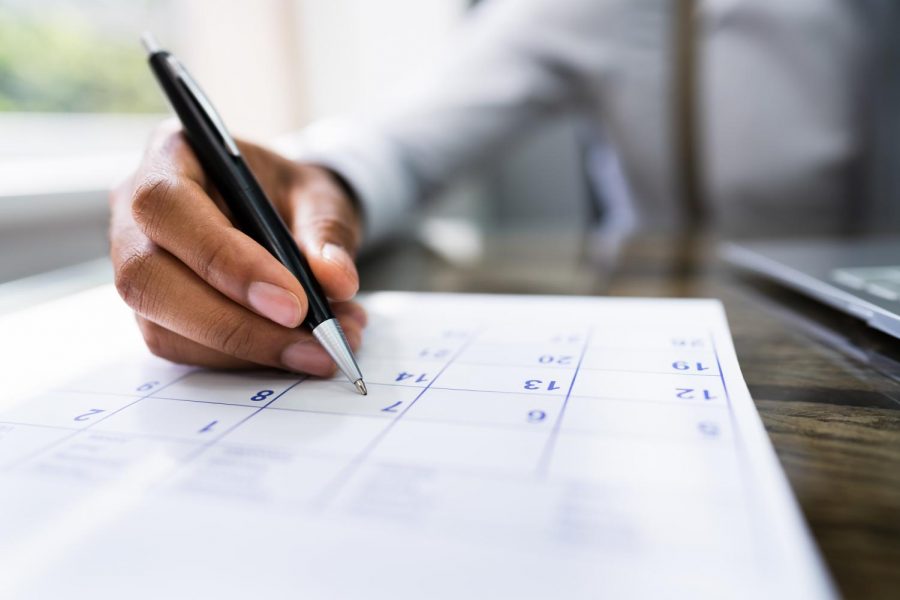 This year school starts on Jan. 18, which is the fourth week of the month. This is because the first week in January 2022 is only a day long.

“Our academic calendar is based on a really long-standing scheduling pattern that the university has used for many years,” said Cody Schmitz, director and registrar of Registration and Records.

NIU’s calendar this year is trying to follow that pattern.

“Because of the way calendars work, we try to start roughly on that Monday of the third week in January, and the dates are going to vary, and again every year Monday isn’t the same date,” Schmitz said.

This year school starts on Jan. 18, which is the fourth week of the month. This is because the first week in January 2022 is only a day long.

“Because that week is really only a day long we’re going with technically the week on the calendar, but it is much closer to where we would typically start at any year,” Schmitz said.

Every year there is some variation on the dates in the calendar, but the calendar this year is not out of the norm, Schmitz said.

“The start and end dates of the semesters are going to shift by one or two days each year, and then every so often, we kind of have to do a reset to keep the major calendar milestones in roughly the same place,” Schmitz said.

This shift in a few days can eventually make certain calendar dates much farther from where academic affairs want them in the year.

“Some years that start date is going to be in January a little later,” Schmitz said. “It could be as late as Jan. 18. Sometimes it could be as early as Jan. 11.”

This change in the calendar will not decrease the number of time students will be in school at NIU.

Schmitz said that the choices the committee makes with the calendar had worked before, and the calendar this year will be good for students too.

A student seemed to be surprised at the long break.

“I thought we were gonna start classes back up in early in January,” said Cesar Castillo, a junior political science major. “I’m actually kind of shocked that it’s actually a month long.”