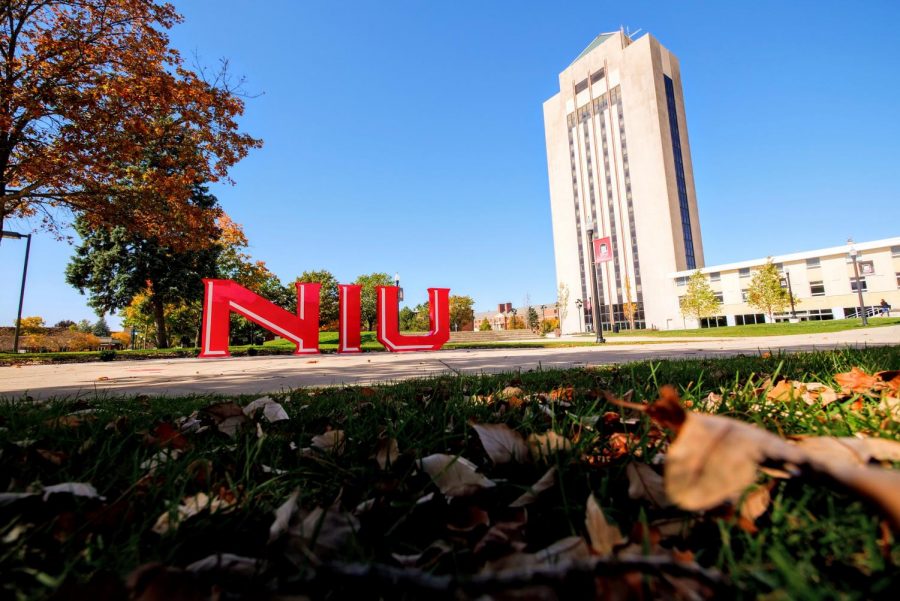 The NIU Huskie Pride Statue and Holmes Student Center are recognizable landmarks on campus. According to 10-day enrollment data., total enrollment has decreased by 4% from the Spring 2021 semester.