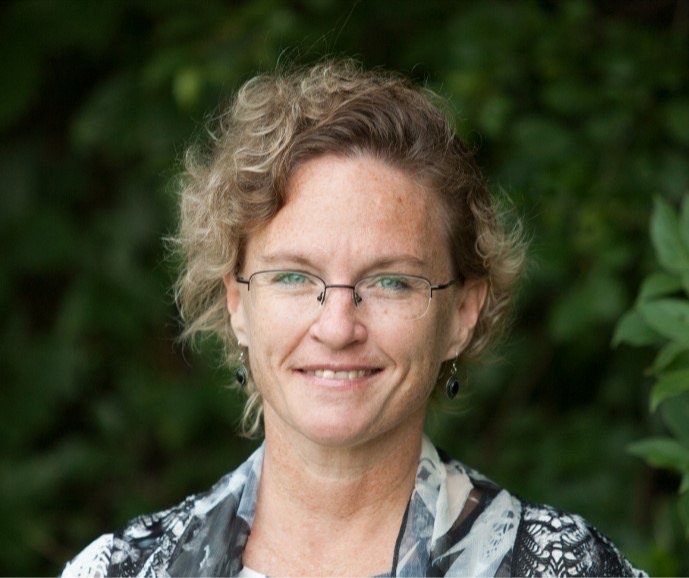 Jesmer is one of the creators of Trash Squirrels. She said her interest in being a member of the commission came after Mayor Cohen Barnes came to a Sunrise DeKalb meeting, another environmental organization she is a part of.

DeKALB — Julie Jesmer helped create the DeKalb Trash Squirrels in 2020 and is now a member of the Citizens’ Environmental Commission for the City of DeKalb, where her goal is to make DeKalb the cleanest city in the state.

The goal of the commission is to make recommendations regarding policies that would improve the conditions of the environment, Jesmer said.

Jesmer was appointed for the two-year term at the Oct. 25 DeKalb City Council meeting.

Jesmer is one of the creators of Trash Squirrels, along with Laura Adkins, who approached Jesmer when she saw her and her son picking up trash along Greenwood Acres while on a bike ride.

“I always tell people I came up with the idea, but she has really made it what it is,” Adkins said. “She has worked a lot at that, I am not as involved as she is, and so I’m glad that she has certainly taken on that role.”

Adkins said that there is a noticeable difference in the cleanliness of DeKalb because of Jesmer and said she will do a great job with the commission because of her keen interest in making the community better.

Jesmer said her interest in being a member of the commission came after Mayor Cohen Barnes came to a Sunrise DeKalb meeting, another environmental organization she is a part of. Barnes wanted a member of Sunrise to fill the position.

“I just can’t say enough, Julie, about your involvement with Trash Squirrels, but yeah, let alone the fact that you also want to step up and participate in the Citizens’ Environmental Commission,” Barnes said at the Oct. 25 City Council meeting. “I think that’d be absolutely fantastic.”

“I want to do things like compete for cleanest city in the state and see if there are any grants to get us some equipment, beautify the trash cans to put messaging on them, and to get more signage out there for litter laws,” Jesmer said. “And basically, just increase awareness of the responsibility to manage litter in our town.”

“She (is) tangibly on the ground, works to better the environment in DeKalb,” Tillotson said. “It’s through her organizing efforts that a lot of the trash got picked up and like beyond that, because you know, picking up trash only gets you so far.”

She is very concerned about the environment on a local and national level, and she has the knowledge to help the environmental condition, Tillotson said.