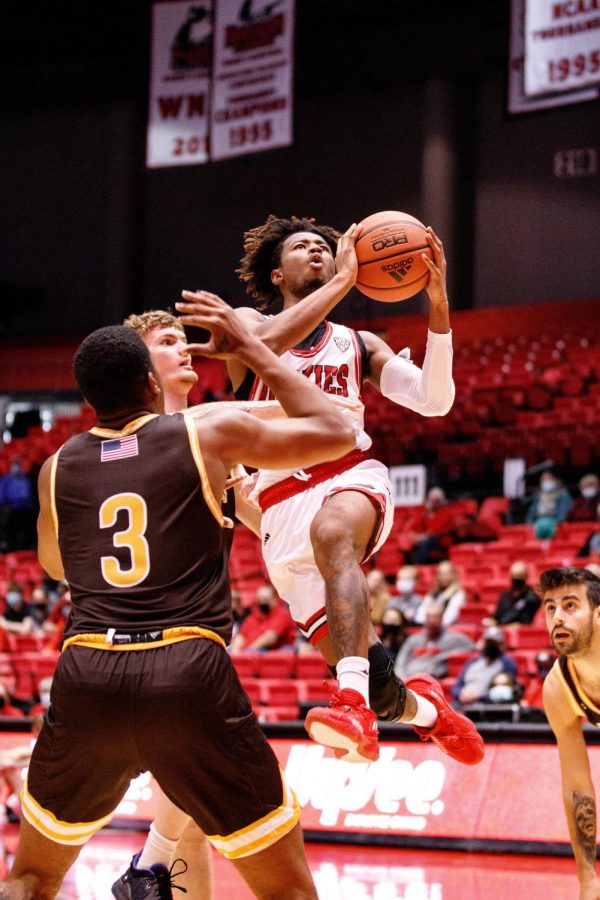 Redshirt freshman Justin Lewis led Marquette in scoring with 15 points, two steals and a block. The Golden Eagles had four players, including Lewis, finish in double figures on the night.

In the first minute of action, Lewis scored a dunk coming off an assist from redshirt freshman Tyler Kolek, giving the Golden Eagles the first points of the game.

The Golden Eagles got out in transition the following position, with graduate forward Kur Kuath scoring a dunk coming off an assist from graduate guard Darryl Morsell, giving them a 4-0 lead.

Both the Huskies and the Golden Eagles turned the ball over often in the early stages of the game, but neither team would be able to score much off of the turnovers.

In the third minute, senior forward Zool Kueth stole the ball from redshirt freshman Olivier-Maxence Prosper leading to a made jumper by junior guard Kaleb Thorton giving the Huskies a 5-4 lead.

The Huskies fought hard on both ends of the ball, and that translated to scoring opportunities.

In the sixth minute, sophomore guard Keshawn Williams entered the game and made an impact, assisting a three pointer from senior guard Trendon Hankerson putting the Huskies up one over the Golden Eagles.

In the 10th minute, Golden Eagle freshman guard Kam Jones stole the ball from Hankerson, resulting in a made three point jumper by freshman guard Stevie Mitchell to push their lead 18-12.

In the 12th minute, Williams stole the ball from Maxence-Prosper, ending up in a fastbreak dunk at the other end to shorten the deficit 17-19.

The Huskies played careless with the basketball from time to time in the first half, and that allowed the Golden Eagles easy scoring opportunities.

In the 15th minute, Kolek stole the ball from Thorton leading to a fastbreak jumper by Mitchell, extending the Golden Eagles lead 29-20.

Kuath scored the final basket of the first half at the buzzer, coming off an assist from Mitchell giving the Golden Eagles a 39-28 lead going into halftime.

In the second half, the Huskies shot 42% from the field, but only 11% from three point range.

In the eighth minute, a turnover by senior guard Anthony Crump led to a fast-break three-point jumper by freshman forward David Joplin to extend the Golden Eagles lead 56-39.

Williams added 17 points along with two assists and three steals, but that would not be enough to help the Huskies overcome the Golden Eagles in the second half.

“I told the guys in the locker room, we are getting close, we just have to make sure we don’t have ‘loud’ turnovers,” head coach Rashad Bruno said in an NIU Athletics news release Saturday. “Just trying to teach these guys that every possession matters, especially against a high-major opponent.”

The Huskies are back in action at 7 p.m. Wednesday at home against Eastern Illinois University.