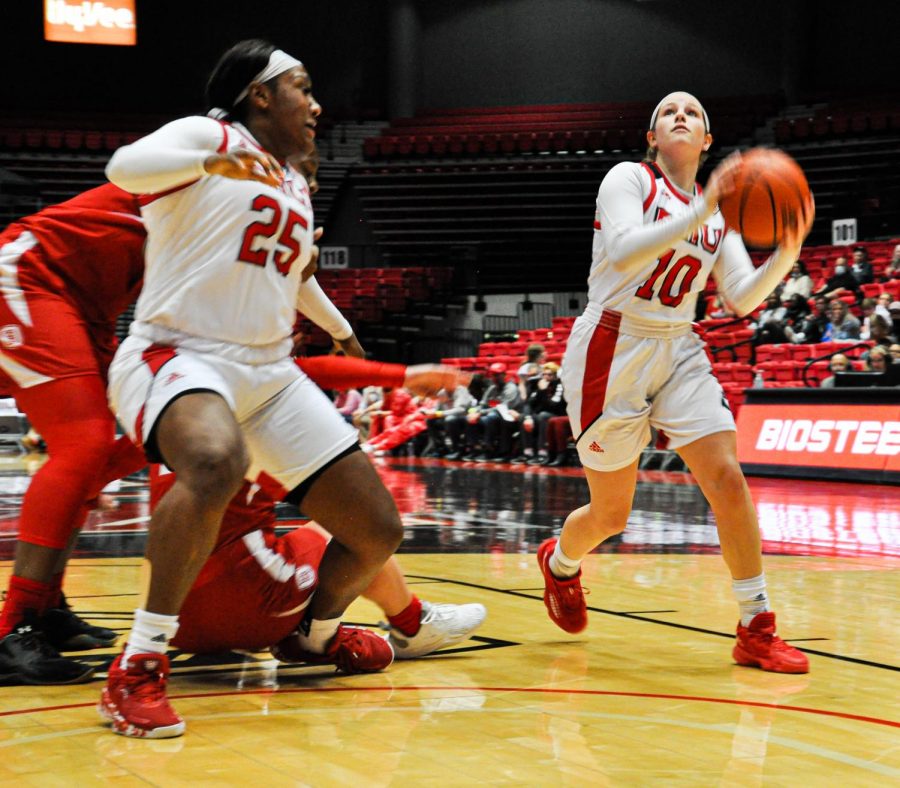 DeKALB—Women’s basketball remains undefeated at home after picking up its third win of the season against the University of Wisconsin-Milwaukee Panthers 69-50 Sunday.

The Huskies led 7-1 in the opening five minutes of the game. Milwaukee shot 25% in the first quarter, missing all five shots from three. The Panthers eventually caught up to the Huskies by finding some success in the paint. This cut the Huskies’ lead to four after one quarter of play.

The Huskies outscored the Panthers 20-7 in the second quarter and went into halftime with a  33-16 lead. NIU shot 46.7% from the field in the half while Milwaukee struggled at 23.1%.

The Panthers went on a six-point run to open the second half making the score 33-22. Head coach Lisa Carlsen was forced to call a quick timeout to refocus her squad.

“We came out kind of slow, which is kind of unlike us,” Poisson said. “Once coach called timeout we were like, ‘we’re good.’”

The Huskies regained their composure after the timeout, putting 17 points on the board. The Huskies took their largest lead of the game with a 21-point advantage.

NIU and Milwaukee went even, scoring 13 points each in the final quarter to secure the Huskies the victory. The Huskies scored 32 points in the paint and their four starters, who scored double digit points, combined for 61 points.

“I think when we have good success like this and we’ve seen it especially at home, sharing the basketball and taking good shots is going to equate to having multiple double digit scores,” Carlsen said. “That’s for sure when we are going to be at our best and most difficult to guard.”

The Huskies are headed to Macomb at 6 p.m. Friday to take on Western Illinois University.