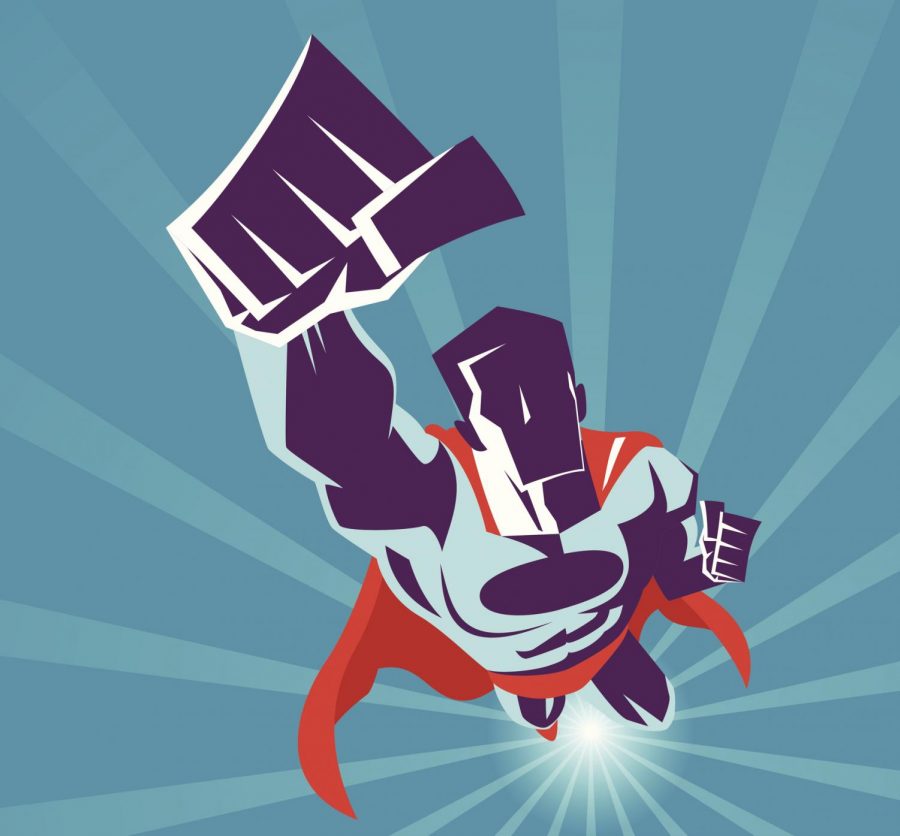 Illustration of a superhero flying.

Heroic figures in mythology have had their stories told, and it has inspired other stories of the modern age and have been analyzed in how they relate to the morality of people. Tall tales or myths of heroic figures play a unique role in inspiring people and even being a reflection of ourselves. While older stories from different cultures definitely embody that sentiment, modern superheroes embody this as well, and more than ever, we need heroes to inspire us.

You may find a lot of Marvel fans because of the popular Marvel Studios films, but in general, people’s favorite characters tend to come from either Marvel or DC. Usually there is a sentimental reason why someone connects with their favorite character. I’ve had a fair share of encounters with friends who gravitated toward the more grounded characters like Spider-Man. Most will say that Spider-Man is more relatable, and to that I would agree. However, I’ve always personally loved the hero that set the groundwork for what fans love in a superhero. I’ve always considered the Man of Steel, Superman, to be the best.

Some will disagree because of how powerful Superman is or how he is not as flawed as other characters. This is the misconception of not only Superman, but other heroes who similarly have that optimistic appeal because of their humanity and how they spread hope. Heroes that embody this are heroes such as Captain America or Deku from “My Hero Academia.” These examples are nowhere near as powerful as the Man of Steel, but are similar in character and even accused of being too good at times. Despite the misconceptions, characters like Superman are not too good and they do have flaws. The difference is that characters like him have mostly been portrayed to always try to make the morally right decision. No matter what the circumstance, their humanity shines through.

It should be noted that characters like Deku and Captain America, along with Superman, are seen as leaders or inspire other heroes in their universes. They may not appeal to everyone, which is absolutely fine. Culturally, however, it’s important to reflect on the ethos of characters and even give them recognition. Most importantly, creators brought them to life on the page and to the screen.

It is important to recognize that the characters embody the aspects of hope and heroism but this has an effect on audiences. For example, readers have felt connected to characters they could look up to. This inspires people to somewhat be like their favorite heroes in terms of trying to be better human beings. Currently it’s almost as if we live in an age of constant violence and negativity, so I think the world needs as much hope as possible. It may be a very optimistic thought but there is nothing wrong with that.