COLUMN: No pressure on Huskies 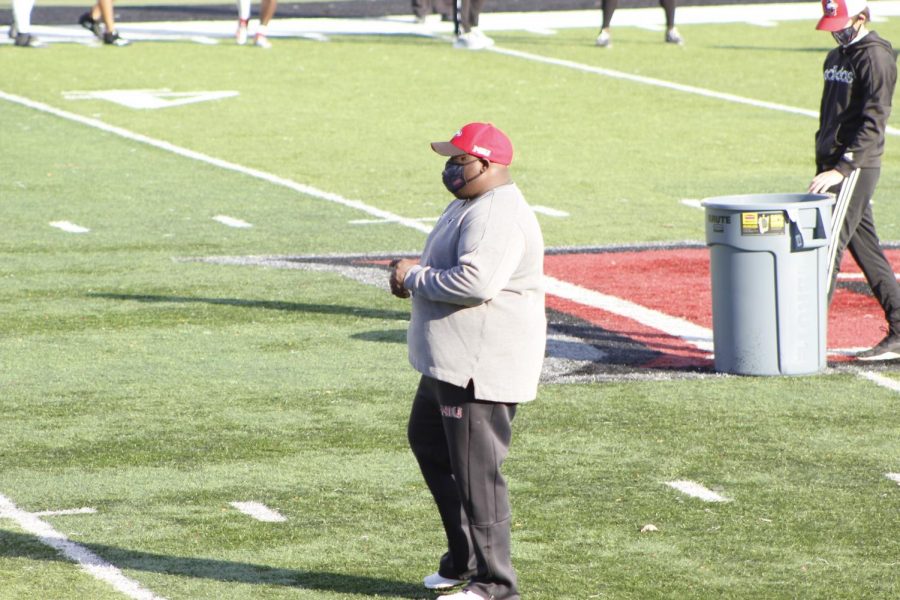 The last time head coach Thomas Hammock was in Detroit, it was for Mid-American Conference Media Day in July. Hammock’s Huskies team was voted to finish last in the MAC West division.

NIU went on to upset Georgia Tech in their season opener, beat five of the six teams they lost to last season and won the MAC West title. The Huskies will arrive in Detroit Friday in sweaters that show off the preseason poll, featuring NIU at the bottom below four teams they beat this season.

The Huskies have exceeded everyone’s expectations… everyone except themselves.

Before the rest of the country took notice of the biggest turnaround in college football this season, Hammock saw what those preseason pollsters didn’t see, and his players seeing it too is how NIU has found themselves at this point.

“You have to have personal pride, belief and commitment to get everybody else to see the bigger picture,” Hammock said. “As the head coach, your job is to present the whole picture and sometimes you see things others may not. I thought we had a chance to be really good this year and I thought we’ve taken the steps necessary to be in this position.”

The Huskies are facing one of the few teams they couldn’t top during the regular season, the Kent State University Golden Flashes. NIU lost 52-47 the last time the two met on Nov. 3. The pressure to finish an unbelievable season with a title seems like a heavy burden on the team made up of 77 freshmen.

Hammock told his team otherwise. For the team that has had seven wins by just one score, including three by a single point, pressure is an afterthought.

“I told our players, ‘You should feel zero pressure,’” Hammock said. “What is the pressure? Pressure I think is self made. The reason we talk about finding a way to score one more point than the opponent, you know why we do that? It takes the pressure off.”

It was easy after NIU’s 42-21 loss to the Western Michigan University Broncos for fans to overreact or worry about what state the Huskies would be in heading into Detroit.

Junior quarterback Rocky Lombardi didn’t play, though is expected to be at full health on Saturday. The defense struggled against the Broncos, but 10 days of rest before facing a team they’ve already played this year means a better opportunity to prepare.

Overall, the game Saturday should shape up to be like the first meeting: a slugfest with high drama and flashy offense. It sounds fun, and that’s how Hammock and company want it.

“Student-athletes have enough pressure in life from family to academics and everything else that’s involved,” Hammock said. “Football is meant to be fun.”