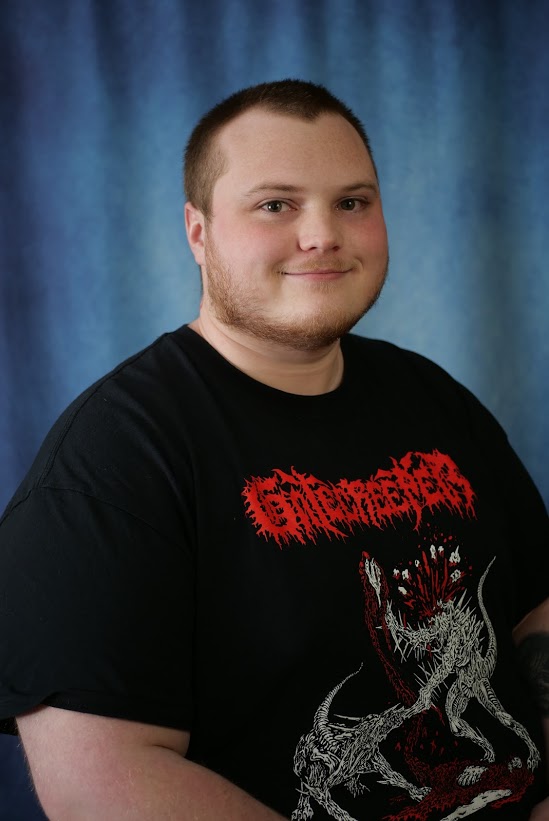 I came to NIU after spending my first two years of college on two different campuses, the University of Wisconsin-Green Bay and the College of Lake County. I committed to NIU based on the fact that their journalism program was one of Illinois’ best.

My career goal was to review films. Film is my biggest passion, and it felt right to follow that passion.

Soon after arriving on NIU’s campus, I was introduced to the school’s paper, the Northern Star. The Northern Star had an entertainment/lifestyle section, and I thought this was the perfect opportunity to build my skills as a writer. I was brought onto the staff as a lifestyle writer, and what I didn’t realize was that these two years at the Northern Star would be one of the most beneficial experiences I’ve had so far in my life.

My duties as a lifestyle writer were much heavier than I had anticipated, which was a good thing; the job forced me out of my comfort zone. I covered a lot of exciting events, interviewed some interesting people and refined my skills at critiquing films. While week to week was business as usual, each story brought a new perspective.

My first two semesters at the Star went extremely well. I was happy with the progress I had made as a writer. I was content with staying a writer and had no plans on to be an editor, as I didn’t feel like I was ready for that role. When I was offered the role of lifestyle editor, I had many doubts, but I took the role, and I’m glad I did.

Being the lifestyle editor for the past two semesters has been the most stressful job I’ve had so far in my life, but plenty of positives and great experiences have been born out of the role. My knowledge of AP style and grammar has improved drastically, my writing has only gotten better and the relationships I’ve formed with other staffers has been one of my favorite aspects of the role.

I want to say a huge thank you to Haley Galvin, my former lifestyle editor and editor-in-chief. Galvin was the one who took a chance on me when I first came to NIU and has taught me more than I can list off in this column. I would also like to thank Jamie O’Toole, my former lifestyle editor and managing editor. O’Toole was always there when I needed her and played a big part in my development as a writer. Without those two, I wouldn’t be the writer and editor I am today, and I am forever grateful for them.

I would like to thank my current managing editor Kierra Frazier for being one of the best co-workers and best bosses I’ve ever had. I’m going to miss sharing the Star office with her. Thank you to our adviser Shelley Hendricks for always being our voice of reason.

Lastly, I would like to thank all of my family, friends and supporters who have followed me on this journey. Without their unconditional support, who knows where I would be today? I am eternally grateful for all those listed and anyone who has ever supported my work.