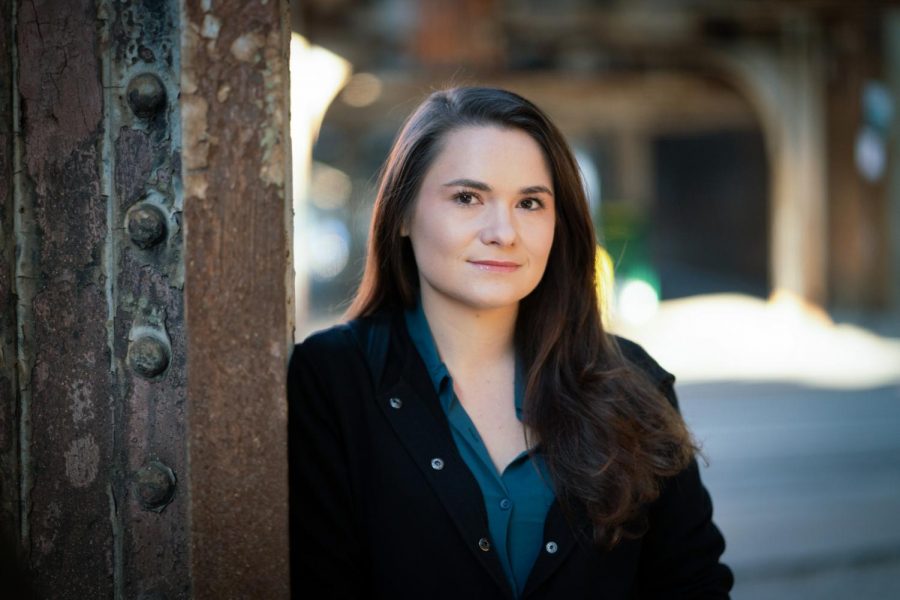 Kelly Bauer, former Northern Star Editor-in-Chief, was recently awarded as Chicago’s Journalist of the Year by the Chicago Journalists Association.

“It was really exciting and unexpected,” Bauer said. “It’s just like a really, you know, huge and very humbling honor to think that I would be named this.”

Bauer, now breaking news editor at Block Club Chicago, said her main goal is to learn and grow her skills as a journalist and continue to tell stories that impact the lives of Chicago residents.

Bauer’s colleagues were proud of her for the award, said Shamus Toomey, Editor-in-Chief at Block Club Chicago.

“Kelly is just sort of a superhero when it comes to, as a journalist,” Toomey said. “To have her be honored and recognized and for the whole city to see, you know, just to recognize her talent and her hard work was just phenomenal.”

Before her professional journalism career, Bauer served as the Northern Star’s Editor-in-Chief from 2011-2015, being reelected every semester until she graduated in May 2015.

Bauer has worked for Block Club Chicago since its inception in 2018. She interned for DNAinfo from 2013 to 2014, while she was the Editor-in-Chief at the Northern Star at NIU. Bauer credits her time at the Northern Star with helping her become the journalist she is today.

The name Block Club Chicago stemmed from the founders wanting to engage with the different Chicago communities.

Bauer garnered national attention by cracking the vaccine scandal in March 2021 at Loretto Hospital in Chicago.

Block Club Chicago received a news tip from a reader saying that they knew there were vaccines being distributed at Trump Tower in Chicago.

Loretto Hospital vaccinated people from downtown Chicago and the suburbs when the hospital serves residents on the west side, which happens to be a more vulnerable, low-income population.

The City of Chicago took over the vaccine administration at the hospital, after the reports surfaced. The FBI launched a criminal investigation into the handling of the hospital’s vaccination program on Nov. 2.

Aside from the Loretto story, Bauer’s job as breaking news editor differs from day to day where she and her staff of 12 reporters give Chicago neighborhoods hyperlocal coverage.

Toomey said Bauer has a knack for being a very fast reporter, writing breaking news stories in minutes.

“She does a little bit of everything for us,” Toomey said. “She’s just incredibly focused and brilliant. And just very sort of disciplined in her approach to just covering stories, staying on top of news, knowing the right places to go for information, getting people to talk to her, getting sources to open up to her. She’s just very dedicated to everything that she tackles.”

Bauer said Chicago residents feel comfortable sharing their stories with her and that they trust her reporting along with her ability to keep sources safe.

“She really is amazing at dozens of different things,” Toomey said. “We’re so lucky to have her.”