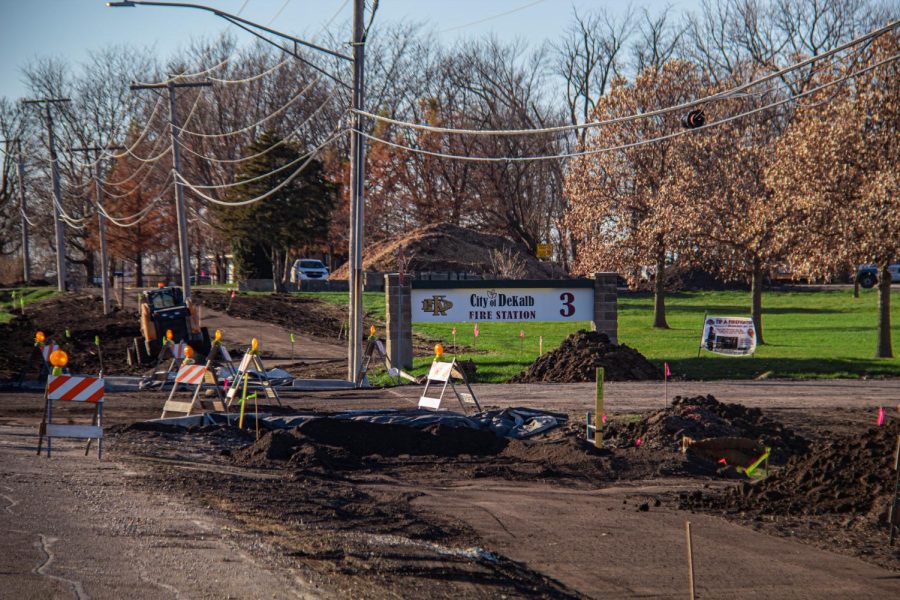 DeKalb Sycamore Area Transportation Study is updating its 2019 Active Transportation Plan. DeKalb County is working on another path connecting the health department going next to the community gardens along Dresser Road by the fire department.

The Active Transportation Plan began after the 2000 census and included walking, running, biking and wheelchair users in the DeKalb-Sycamore-Cortland region of DeKalb County.

“​​The active transportation plan, we strive to do a full update every five years,” said Nathan Schwartz, DSATS director and county engineer. “That is our goal; it’s not a federal requirement to do that. That’s our internal goal, but we recognize that there are many projects that are moving ahead, such as little connector paths.”

Once a year, DSATS will reach out to local agencies to see if they have updates on pedestrian way projects, so they can update their website to inform the public.

Multiple connector paths are being planned currently, which is why they have to update the plan to keep it up-to-date.

Schwartz said the City of DeKalb is building a connector path between the high school and Annie Glidden Road.

Paul Marruffo, fifth-year journalism major, used to work at Menards in Sycamore. He would see the DeKalb High School students walking in the grass or the street in order to go to school during his commute to early shifts.

“I think that’s definitely gonna be great for the kids that do have to walk in the street and, you know, sometimes the drivers aren’t paying attention,” Marruffo said. “I think it’s a really good idea.”

City Engineer Zac Gill said their goal is to finish that path right away next year.

DeKalb County is working on another path connecting the health department going next to the community gardens along Dresser Road by the fire department, Schwartz said.

“My first two years when I was on campus, I did not have a car, so I had to rely on my longboard or using one of the school bikes you use with your OneCard to get around,” Marruffo said. “I was riding on sidewalks a lot, riding on a lot of the streets and that was my main form of transportation.”

When coming up with an improved Active Transportation Plan, demand and safety are the two main priorities, Gill said.

“For instance, the most recent trail along Fairview Drive, you know, that kind of connected the S. Seventh Street, S. Fourth Street area, out to park 88 to the industrial area, so that those workers have another mode of transportation, whether it’s walking or biking and have that separated from the street there,” Gill said.

There was a fatality in that area a few years ago, so something needed to be done for the people trying to bike to work, Gill said.

Marruffo said sometimes people don’t pay attention, especially if they’re using their phones. Sometimes drivers didn’t see him as a pedestrian because they didn’t expect him to be there.

“When I am involved in a project, whether it’s a construction project or making one of these planning documents, and people are using it and they’re making their life better, their work better or, you know, they’re getting their business done easier because of something that I was involved in; that’s what’s the most satisfying to me,” Schwartz said.