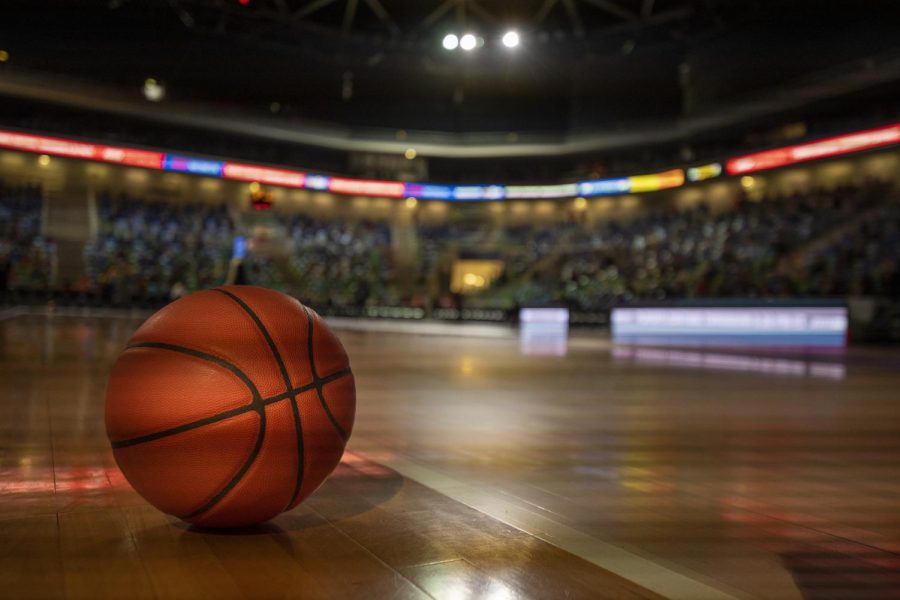 A basketball sits on the court of a large stadium.

Williams, a 6-foot-2 junior from San Diego, currently attends school and plays basketball in Charlotte, North Carolina at Vertical Academy. He is currently ranked 11th out of 60 best basketball players in the country on ESPN 60 and has 10 scholarship offers.

Williams has had attention on him since he was 14 years old because of his rising profile in high school. His game has been recognized by Los Angeles Lakers forward LeBron James, who attended one of his games in 2020.

In July, Williams signed with Excel Sports expecting to receive an endorsement deal and received it with the Puma signing.

Companies such as ESPN and Fox play college games on TV and generate money from it, but the students receive none of that money, which is not right. These college athletes needed to be paid because they keep people coming back to watch these sports channels.

This new rule will be great for high school students as well because it will allow students to receive money for their talents as well as receive exposure. Students can use the money to support their families financially and put themselves in a better living situation. They will mature by being a student-athlete and being a face of a brand.

Taking this deal was great for Williams considering he is young and a brand is giving him an opportunity to be a part of their team. He will show that he is mature by not splurging his money and will handle the responsibilities of having a good image for the brand.

Having the first deal will lead to more deals to come before he even enters the NBA which is great.

Williams taking this deal with Puma is a significant first step on his path to the NBA.  He is not eligible to declare for the NBA draft until 2024, but he has received much attention from everyone.

He has different choices on how to make it to the NBA, such as playing college basketball, playing overseas, or playing in the NBA G League. Whichever choice he chooses is a great path regardless because Williams will showcase his basketball skills on any platform.

Williams has expressed that he would like to play college basketball, but for a historically Black college or university. There are not any five or four-star recruits going to HBCUs because these colleges do not get TV time like other universities do, which is unfair. There are many talented athletes that come from HBCUs, but they are not receiving the platform to showcase their skills.

He has made it clear on social media he wants to start a new trend with Black people going to HBCUs to play basketball. This is a great decision by Williams, considering he has a lot of attention on him already, and now the media will start to pay attention to HBCU games starting with his games once he attends an HBCU.