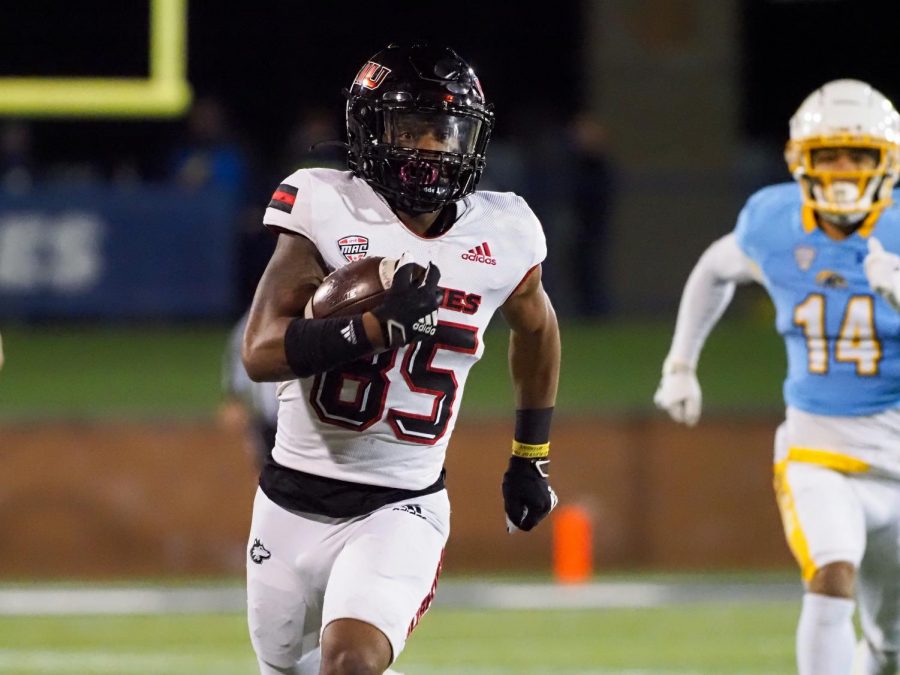 This week is Championship week in College Football, and here are the biggest matchups coming up this weekend for one of the most exciting weeks of the season.
MAC Championship Game: NIU vs. Kent State
This will be a rematch between these two teams this season, and the hype is huge surrounding this game. Considering the last time these two teams met, it was a shootout, with Kent State being able to edge out the victory with a score of 52-47.

NIU also looks to make history because if they win this game, they will be the first college football team in history to win their conference championship after going winless in the year prior. While Kent State hopes to carry the momentum, they established in their last game by winning 48-47 against Miami-Ohio in a thriller to this upcoming game against the huskies. It should be a good one as they will face off at 11 a.m. Saturday on ESPN.
Big Ten Championship Game: #2 Michigan vs. #15 Iowa
Michigan won the biggest game of their season last week by defeating Ohio State 42-27 to currently hold a spot in the college football playoffs and moving up to the No. 2-ranked team. Now to secure their spot, they must defeat Iowa in the Big Ten Championship game, which will not be an easy task. Iowa has only lost one more game than the Wolverines and was one of the top-ranked teams at the beginning of the season. This is a game that could go either way and holds a lot of weight towards the College football playoffs. This game will be under the lights as these two will face off at 7 p.m. Saturday on FOX.
SEC Championship Game: #1 Georgia vs. #3 Alabama
The game that will have every college football fan’s attention is the SEC championship game between Georgia and Alabama, two of the top-ranked teams in the country who currently have spots in the college football playoffs. This game is much bigger than the SEC championship, which levels up the hype surrounding this game even more.

Georgia has nearly dominated every team they have had on their schedule, and the most points they have allowed a team to score this season is just 19. They shouldn’t get too comfortable against Alabama though, because time, and time again Alabama has found a way to win big games. The same could be said about Alabama as well because, at times, they have struggled, as was just seen last week as it took Bama four overtimes to beat unranked Auburn 24-22. Going up against the top team in the country this week, Alabama can’t afford to repeat those struggles again or they could find themselves being blown out. This game will require both teams to give their absolute best. This is one of the biggest games of the season, and the two will face off at 3 p.m. Saturday on CBS.