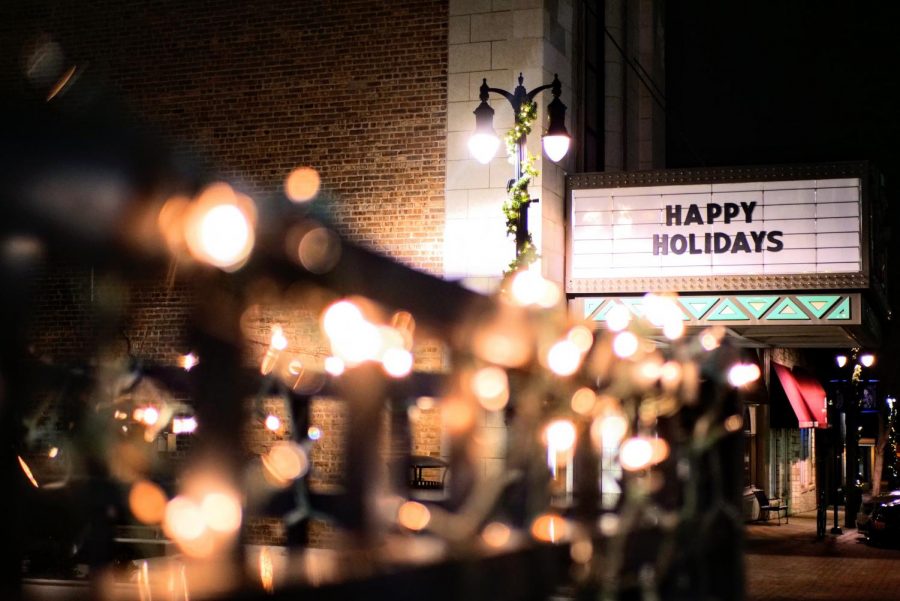 The billboard at the entrance of the Egyptian Theatre in DeKalb displays Happy Holidays.

DeKALB –  For the first time since 2014, “Lightwire Theater: A Very Electric Christmas” will return to DeKalb on Dec. 10.

The performance is set to take place from 3 to 5 p.m. on Dec. 10 at the Egyptian Theatre.

The last time the light show had been featured live at the Egyptian Theatre was back in 2014 with their premiere of “Lightwire: The Show.” Ever since being catapulted into national acclaim and attention by being semi finalists on the TV shows “America’s Got Talent” and “Fakeoff,” Lightwire has also performed on the Race As Fast As Light event at the Abu Dhabi festival.

Lightwire provides an interesting source of entertainment for a wide audience using their unique combination of bright lights, puppetry and excellent sound design to tell stories.

Audiences of all ages can enjoy the light show which details the story of a young bird named Max and his family as they move south for the winter, yet accidentally end up in the North Pole. The show includes musical numbers from Nat King Cole, Mariah Carey and Tchaikovsky.

“There’s something here for everyone,” said Brandon Pugh, event services director at the Egyptian Theatre.