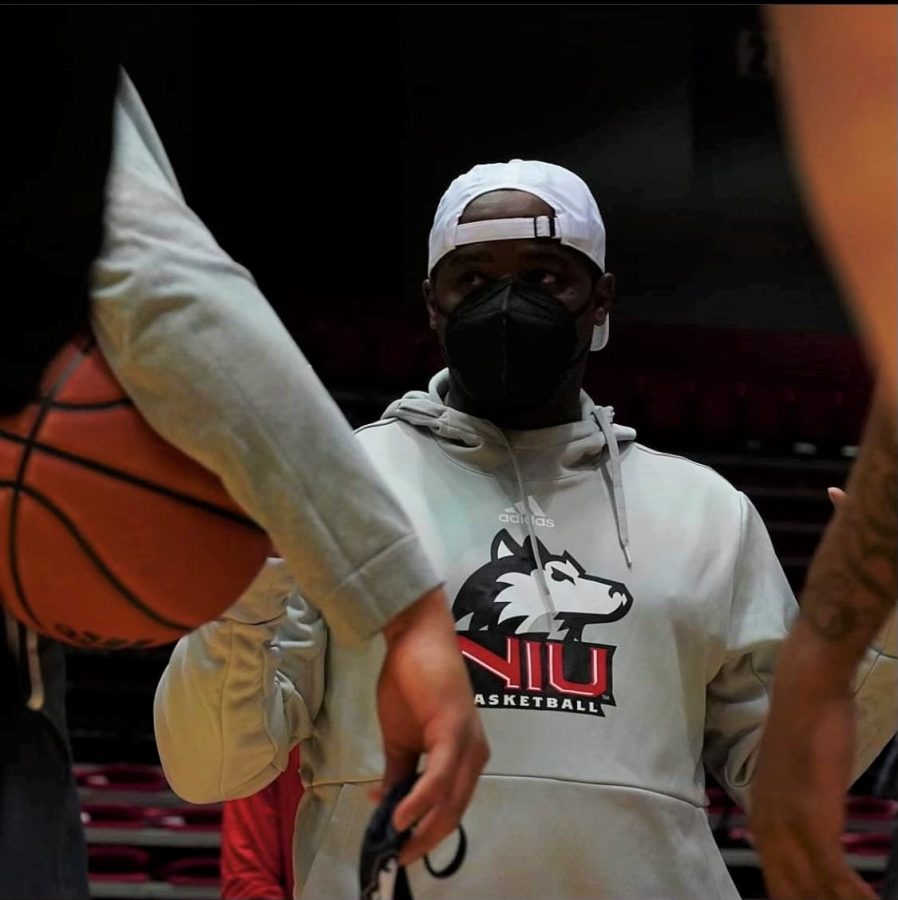 DeKALB — The University of Dayton Flyers dominated the Huskies 79-41 on Saturday in Dayton.

The Flyers came out of the game aggressive on both sides of the ball to start and did not let up.

The first play of the game was an alley-oop dunk by freshman forward Darion Holmes II coming off an assist from freshman guard Malachi Smith.

Momentum favored the Flyers as they went on a 9-0 run to start the game. The Flyers’ defense stayed sharp early, coming up with steals and quick scoring opportunities on the offensive end.

The Huskies were being beaten up on the interior and had Flyers contesting the majority of their shots. The Huskies shot 32% from the field in the first half, including making only 14% of three-point shots.

The Huskies began to turn up their defensive intensity midway through the first half, leading to the Huskies cutting into the Flyers lead.

In the 14th minute, sophomore guard Keshawn Williams scored an and-one layup, hitting the free throw and shrinking the Flyers lead to 28-16. However, no matter what the Huskies did, the Flyers’ had an answer.

The following possession, Dayton redshirt freshman R.J Blakney made a dunk off an assist from sophomore Toumani Camara to extend their lead 30-16. The Huskies finished the first half trailing 41-22.

The Flyers tandem of Holmes II, Smith, redshirt freshman Koby Brea, and redshirt junior Elijah Weaver combined for 32 of the 41 points and shot a combined total of 13-of-13 from the field.

The Flyers defensive pressure remained tenacious, and offensively, they continued to fire on all cylinders coming into the second half. In the third minute of the half, Holmes II made a dunk coming off an assist from redshirt freshman guard Kobe Elvis.

The Huskies could not get into a rhythm offensively, air balling some of their jump shots due to the Flyers’ defense.

Weaver took over for the Flyers in the second half, finishing with 16 points and shot 85% from the field.

The Huskies are back in action at noon Monday, going head-to-head against the University of Chicago State Cougars.