Trimesters may be better for students 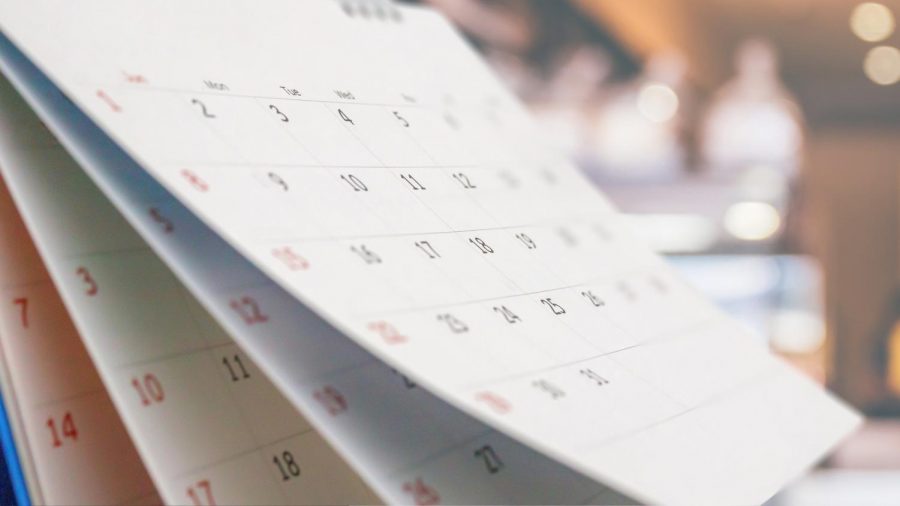 Finals week is one of the busiest, most stressful weeks of the semester.

For me, final papers and exams are piling up with no break in between, and I’m sure I’m not the only one.

As finals week comes to a close, most students are probably thinking about spending time at home and preparing for the holidays. After a long, 16-week semester, going home for the holidays can be a much-needed break for students.

However, making the semester longer— or even implementing a different academic calendar— might make the whole semester seem a lot less rushed and busy, especially during finals week.

For example, instead of 16-week semesters, trimesters break the academic year into three portions: fall, winter and spring. Trimesters typically last about 10 to 12 weeks.

While a shorter academic period could mean courses move at a faster pace, there are also fewer credit hours to take each trimester, with most students taking only three or four courses.

Both systems would require students to be prepared for a fast-paced learning environment, and professors would have to structure their classes around a shorter time period.

“More time (in the semester) would help, but I think it’s all about the organizational structure of the class,” said Ali Westendorf, a junior theatre design tech major.

Fewer weeks in the academic term could also mean that professors must plan for fewer assignments, since adequate time for students to complete the assignment and receive a grade needs to be accounted for.

Each system also gives students weeks in between to decompress from the stress of assignments and exams.

Despite taking fewer classes, students taking classes on both trimester and quarter systems are able to graduate in four or fewer years.

However, some students disagree.

“I prefer the semester system, but if we could start earlier in January and end by Thanksgiving… that would make up for (it),” Westendorf said.

The fall semester is planned to start on Aug. 22, according to NIU’s academic calendar for 2022. Ending the semester by Thanksgiving would be impossible unless the semester began weeks earlier.

There are some benefits to the semester system, too. Since semesters are lengthier, class periods can be shorter, giving students less material to study each day. Semester systems can also help students create stronger bonds with classmates and professors, since classes run for a longer time.

However, with the combined stress of final exams and the holidays looming over students, having a shorter term with breaks in between could reduce stress, as well as make students more focused.

As finals week finally winds down, the coming holiday break seems like a necessity. After 16 long weeks of assignments, classes, exams and work, I’m tired and burned out, and I’m definitely not the only one.

Switching to a shorter term would alleviate all the existing problems with semesters— I’m even willing to give up my summer for it.