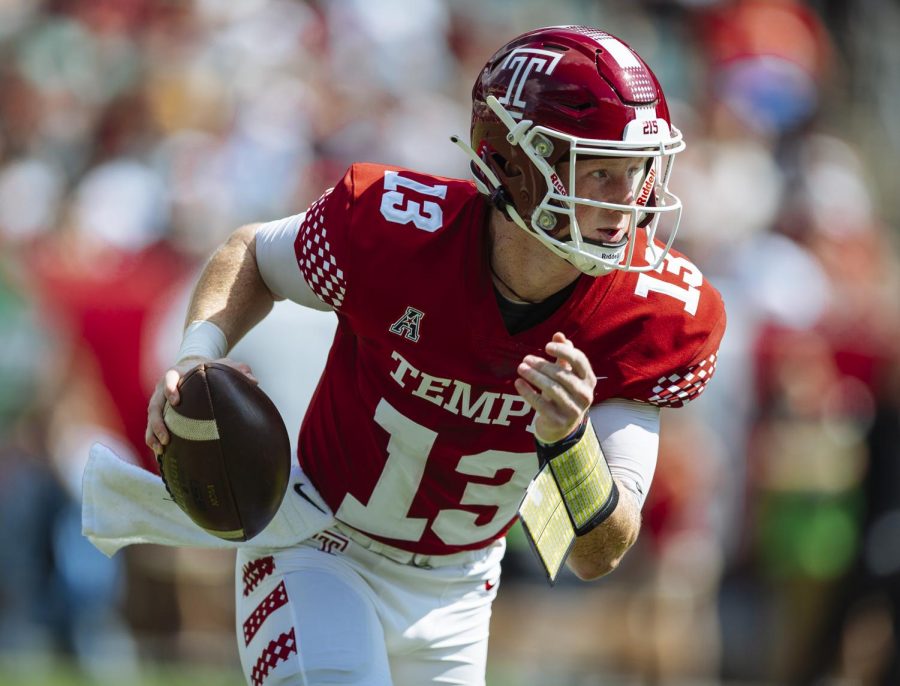 DeKALB — NIU football landed one of its first major additions of the 2022 offseason with the addition of freshman quarterback Justin Lynch via the transfer portal.

Lynch comes in with a familiar last name, being the younger brother of former NIU standout quarterback Jordan Lynch. The elder Lynch holds the distinction of leading the Huskies to an appearance in the 2013 Orange Bowl and placing third in voting for the Heisman Trophy in 2013, the highest of any player from the Mid-American Conference.

Coming in with immediate eligibility according to 247Sports, Lynch took to Twitter Monday to announce his commitment to NIU.

Lynch will be arriving from Temple University, where he followed his older brother’s former head coach Rod Carey after graduating from Mount Carmel High School in Chicago.

The Chicago native started five games in his lone season at Temple, where he passed for 830 yards, four touchdowns and four interceptions. The quarterback also demonstrated his rushing ability with 295 yards and a touchdown on the ground.

Lynch’s first career win as a starter came in a 45-24 blowout victory over the University of Akron Zips on Sept. 18, where he posted a two-touchdown performance and completed 19 of 23 pass attempts. Lynch closed out his Temple career with a 1-4 record as the starter.