There is no ‘War on Christmas’ 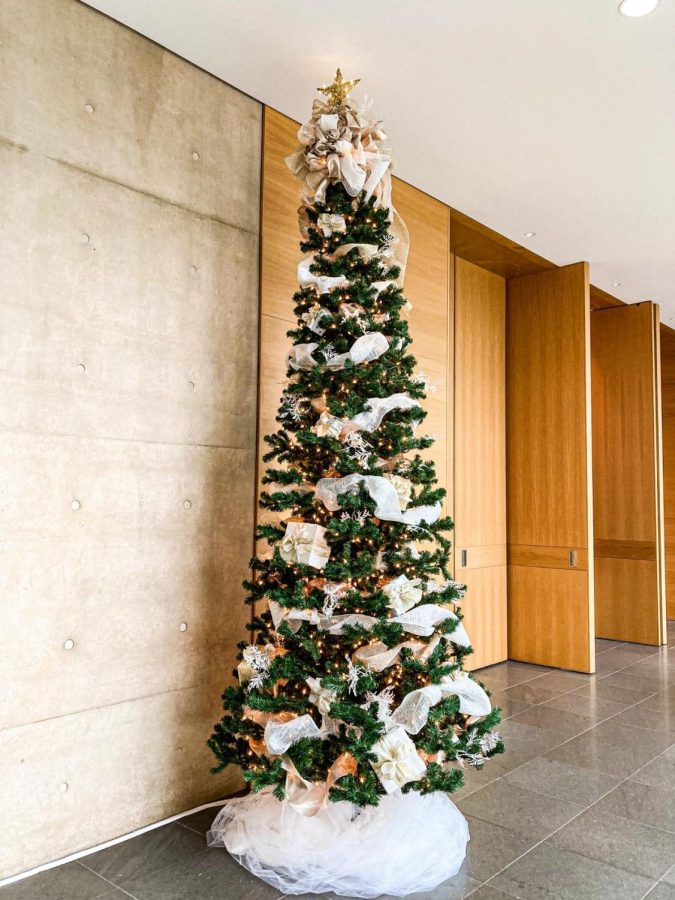 Christmas consists of many different traditions, especially putting up a Christmas tree.

With the holiday season upon us, there are many annual traditions Americans take part in. But one that is worthy of scorn is a bunch of egotistic schmucks proclaiming the existence of a war on Christmas.

The idea behind this is that Christmas is being removed from American society in an effort to create a “Godless America.”

What’s even more surprising is the flimsy evidence people submit to verify the war’s existence including Starbucks cups, saying “Happy Holidays” instead of “Merry Christmas” and calling breaks from school “winter break” instead of Christmas break.

Throwing gasoline on the flames are extreme right-wing figures like Bill O’Reilly and Donald Trump who perpetrate the idea of a war on Christmas.

“If I become president, we’re all going to be saying ‘Merry Christmas’ again. That I can tell you,” said then-candidate Trump at a rally on Nov. 9, 2015, in Springfield.

Yes, people say “Happy Holidays” as a way to undermine Christianity and decimate Christmas (I say sarcastically). Or maybe they just say it because they’re not sure of others’ religious backgrounds. But that can’t be. It’s logical and there’s no room for that here.

What people don’t understand is that not everyone is a Christian or celebrates Christmas.

In December, there are 16 religious holidays, according to the Interfaith Calendar. Among them are Hanukkah, Rohatsu, Mawlid el-Nabi, Christmas and Zarathosht Diso. With so many holidays and so many religions, it can be hard to know what people celebrate, so saying “Happy Holidays” is more of a way to be more inclusive.

Plus, even if you do say “Merry Christmas” to someone who doesn’t celebrate the holiday, it’s not like that person will flip out on you. The most you’ll get is a polite correction.

The fact that so many people are making a big deal out of nothing sounds funny until you realize that people think that this is an actual form of religious persecution. Given the state of the world, believing in this idiotic war on Christmas is insulting to Christians who are actually being persecuted.

1 in 8 Christians live in a place where they can be systematically persecuted for their faith, according to Open Doors, an organization dedicated to helping persecuted Christians. The United States isn’t one of them. When you hear stories of people having to hide their Bibles and facing death, it makes this whole idea of Christmas being phased out of American culture feel inconsequential.

If you want to fight in the “war on Christmas,” you’ve already lost. This is a war as real as The War of the Five Kings in “Game of Thrones” or the Dominion War in “Star Trek.”