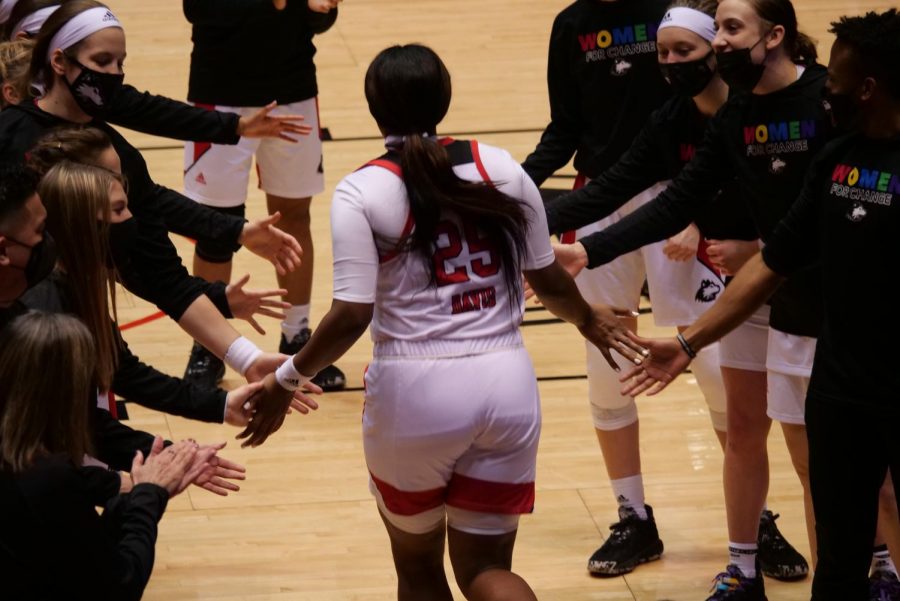 NIU junior forward A'Jah Davis (center) high-fives her teammates Feb. 3, 2021 during the announcement of the starting lineups at the NIU Convocation Center in DeKalb.

DeKALB — Women’s basketball junior forward A’Jah Davis has been honored as the Mid-American Conference Women’s Basketball Player of the Week after her performance against DePaul University on Thursday.

The DeKalb native posted a career-high 26 points in the Huskies’ loss to DePaul, shooting 12-of-15 from the field. 22 of her points came in the second half, making 10-of-11 shots.

This is Davis’ first time receiving the honor and the first Huskie to do so since Courtney Woods was named MAC West Player of the Week in March 2020.

Davis and the Huskies will return to the court Dec. 29 at 1 p.m. as they host the Akron Zips at the Convocation Center to open conference play.