The Midlands Championships are the third event to be canceled due to COVID-19 concerns for NIU athletics this season. 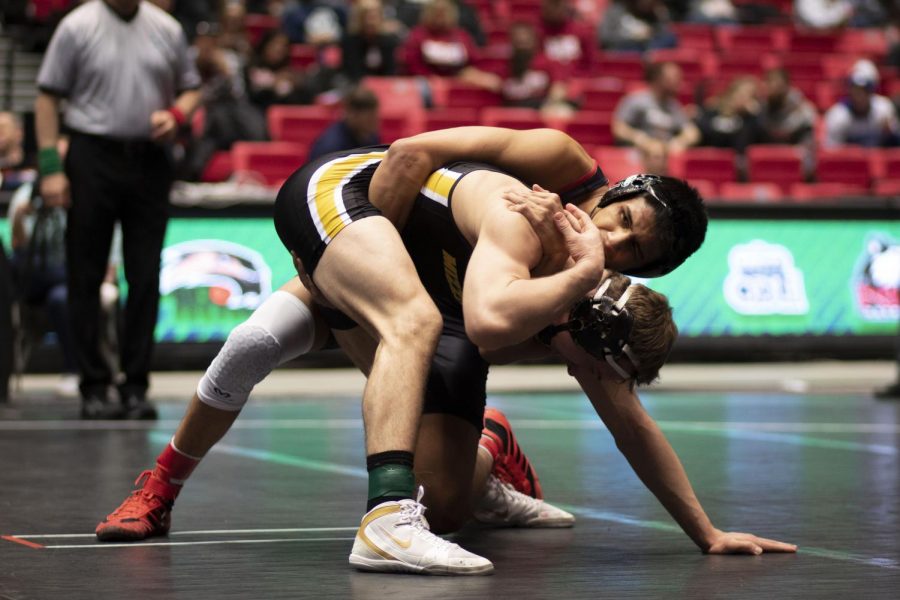 DeKALB — The latest surge in COVID-19 cases in the United States has impacted NIU athletics once again. This time NIU wrestling is facing the impact as the 2021 Midlands Championships have been canceled. This is the third event to be called off for any NIU program and the first for NIU’s wrestling team.

The wrestling event, set to be held at NOW Arena in Hoffman Estates, was canceled Wednesday “out of an abundance of caution for the health and safety of all tournament participants,” according to a Northwestern University Athletics news release.

“The tradition of the Midlands is a major part of the wrestling community,” Tim Cysewski, Director of the Midlands Championships said in Wednesday’s announcement. “However, ensuring the health and safety of all participants, coaches, staff members, and fans is our top priority.”

The U.S. is currently experiencing a weekly average of approximately 161,000 positive cases, according to CDC data.

The news comes one day following the cancellation of the men’s basketball game against Indiana State University originally set to take place tonight.

Wednesday’s announcement also stated that the Midlands would not be rescheduled for this season and will make a return in December of 2022.

The wrestling team will now have through the new year to prepare for their next meet against Central Michigan University on Jan. 7 at 7 p.m. CT in DeKalb.