Vinyl records are a musical lifestyle 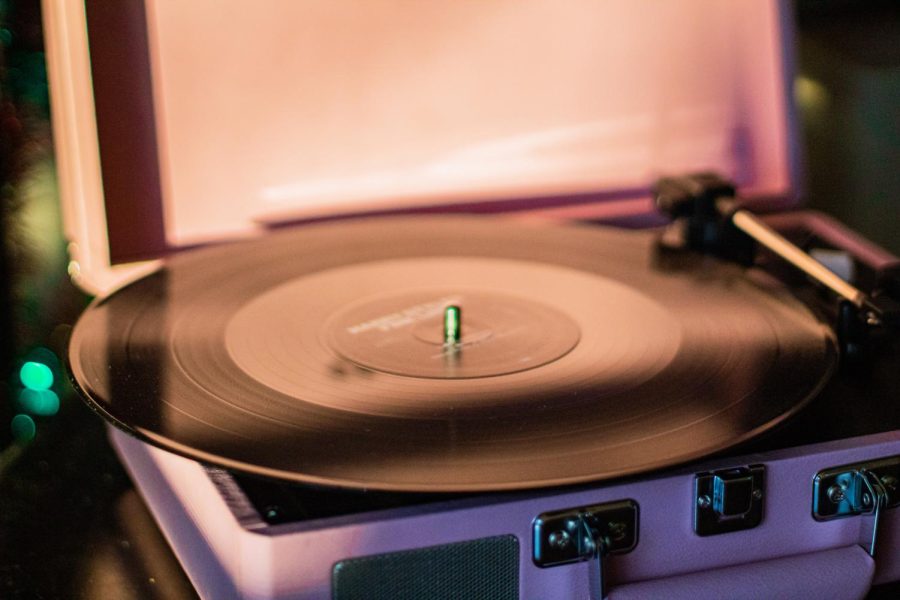 Vinyl records and turntables take the experience of listening to music to a whole new level.

It’s 1:30 a.m. and I can’t sleep. Insomnia creeps into my mind like a fungus, itching like some bad rash. So, I go to my records. I grab a few albums to listen to, out of over 300 I own, and it’s already a chore, but I eventually select my team of LPs. I take my champions to the magical machine and place “The Best of The Band” onto the turnstile, making sure the needle is in just the right place (track 3 of side A).

Headphones on, mind opened and ready for the music, I eagerly await as “The Weight” plays with that lovely acoustic intro and the words “I pulled into Nazareth, was feelin’ about half past dead.” As the songs continue and the records change, I find my mind at ease. Comforted. Because if there’s one thing that I love more than the movies, it’s by far vinyl records. Those musical relics that convey both nostalgia and hipster chic that seems to be the rage right now.

Most people love music, but there are different levels to that love. There’s listening to whatever is on the radio or partaking in CDs (which you listen to when there’s nothing good on the radio and you get tired of mocking the fire-and-brimstone preachers). Now everyone is obsessed with playlists on apps and the artists getting barely a dime. But all of these are meant for being on the go. Everyone’s got somewhere to be and they can’t sit down and just let the music play.

Listening to a vinyl record is something else. You can’t mix up the order and it’s not portable. You have to make a conscious effort to put on an album and listen to it. Just listen and let your imagination take you places.

I first became a vinyl addict when I was given a record player for my birthday by my aunt. I then purchased LPs of “Rumours” by Fleetwood Mac and “The Dark Side of the Moon” by Pink Floyd and I’ve been in a whirlwind ever since.

Going into a record store is an experience in itself. When you walk in, you see mountains of records from the most mainstream to the most obscure. You thumb your way through the plastic covering these albums and you notice all the imperfections that separate an original release from a modern reprinting. Some album covers are worn, some have dust and some have the previous owner’s initials written in Sharpie. Bad for its value. But good for the consumer.

I guess I could listen to “Exile on Main Street” by The Rolling Stones on Amazon Music. But there’s something about vinyl that has my obsession. Maybe it’s the need to collect things to fill up shelves. Maybe it’s the amazing cover art. Maybe it’s the fact that the album was released on vinyl and not listening to it on a turntable would make me a phony.

There’s just a beauty to the medium that not only I see but also millennials and Generation Z. For the past few decades, generations have tried to minimize the size of music. From LPs to tapes, from tapes to CDs and from CDs to digital which takes up no space. So we go back to the bottom of the ladder. That sturdy foundation.

It’s now 3 a.m. and I can sleep. I want to listen to more music, but my body must be replenished. My champions have served me well. So, I place them back on the shelves with their brethren and I collapse onto the bed.