Facebook Data Center is currently in the first phase of construction, which should take two years. 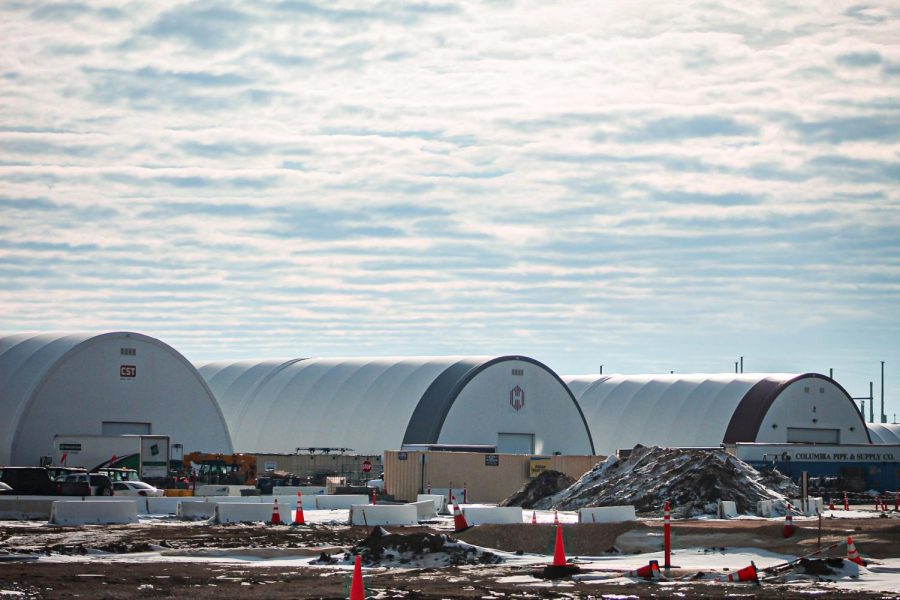 Facebook Data Center, east of Route 23 and south of Gurler Road, is in the first phase of construction.

DeKALB — The first phase of construction of the Facebook Data Center, which will be located east of Route 23 and south of Gurler Road is nearly complete and long-term hiring should begin soon.

NBC Charlotte in A Look Inside Facebook’s Forest City, NC Data Center explains well what a Data Center does, but in short, it is storage. The purpose of this building is to store all the information that is on Facebook’s servers. Facebook is continuing to build more of these storage facilities.

“Facebook committed to a multi-phase project,” said City Manager Bill Nicklas. “So they’re just in the first phase now, and this phase is about a two-year phase.”

The first phase would consist of three buildings. As of now, Nicklas said the plan is going as scheduled.

The first part of the second phase of construction in Facebook’s plan has been approved. It is supposed to be similar to the first phase.

“Probably after the sometime in the first quarter of ‘22, there should be an announcement on the second phase,” said Nicklas.

Facebook is not hiring yet, but they will be soon.

“They’ll be hiring sometime in the middle of ‘22 as their building gets closer to completion,” said Nicklas.

Bill Nicklas was able to give some insights on what type of people the data center is looking for.

“Their (Facebook’s) intention from everything we’ve seen in their meetings I’ve attended with their representatives, and some of our local businesses and chamber commerce and so forth, is to hire as much as they can locally,” said Nicklas.

Part of what made Facebook want this location is the community.

“And also, they’re very interested in having a diverse workforce and we have a diverse community,” Nicklas said.

Nicklas said Facebook has differing technical requirements for each position, but they are not focused on any particular age group.

“So that means a person graduating from NIU with an engineering degree might be a good candidate,” said Nicklas.

Future Impact of the Data Center

Regarding tax breaks, there are some property tax abatements being provided, as they would for any other project of similar size, based on the size in square footage and proximity to the I-88 highway, Nicklas said. Facebook would be a part of the Enterprise Zone Program, Nicklas said.

“Enterprise Zone Program is a statewide program that identifies certain geographic areas within each county that are primed for large scale industrial development like this,” Nicklas said.

The tax abatement will be a percentage of their annual tax obligations. This means that if Facebook builds more, the tax percentage won’t change, but the dollar amount saved and paid would. Bill Nicklas believes the increase in property taxes being paid by this data center will take some pressure off local taxpayers over time.

Property Tax Abatement Program for New Construction explains the tax benefits for the DeKalb area for an industrial company building within 3.5 miles off I-88. Bill Nicklas repeatedly called this an industrial project so that would be the category of the Facebook data center (even though there is no manufacturing component). This would be the percentage of property taxes not being paid over the course of ten years.

“Overnight they will increase DeKalb’s industrial sector by some five to 10% which is extraordinary,” Nicklas said.

There is a base investment of $800 million and that will increase with each phase. Most developments in DeKalb are a fraction of that investment.

According to the Research Triangle Institute article posted by Facebook’s Owner, Meta Company, “For every $1 million in data center capital expenditures, the economy experienced an additional $954,000 in labor income and $1.4 million in GDP.”

Aside from this investment, Facebook has expressed interest in donations to local efforts in places they have data centers such as Altoona Iowa.

“They’ve been working with our public school system, with NIU, Kishwaukee college, with local not-for-profits, providing philanthropic support and guidance for their efforts,” said Nicklas.