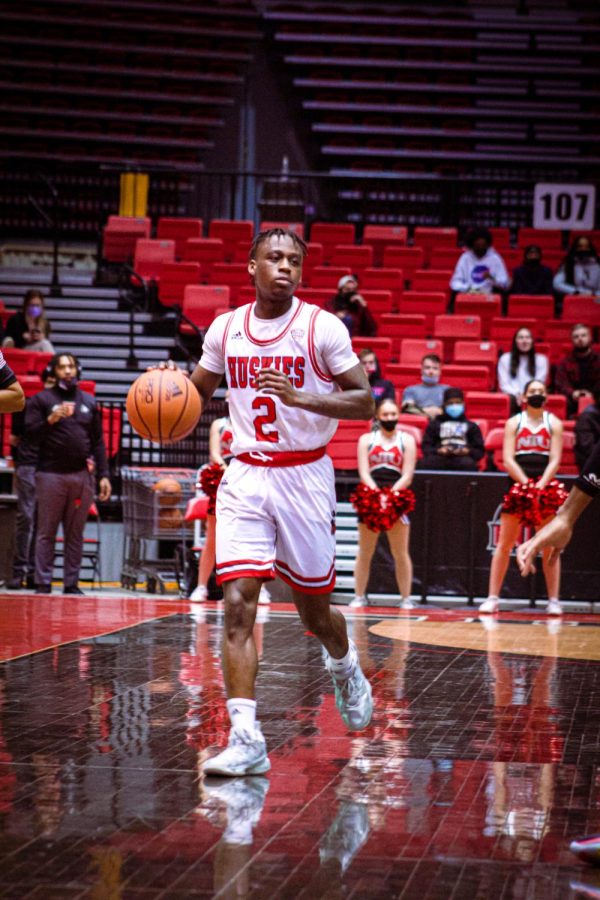 In the first half, the Huskies shot efficiently, shooting 57.7% from the field. Makuoi was able to get easy points as the Broncos failed to guard the paint.

Huskies sophomore guard Keyshawn Williams contributed well for the Huskies as he could get to score in the paint.

Huskies went on a 9-0 run from 10:53-7:31. This run came from shooters being open and scoring inside the paint. Huskies noticed the weakness in the Broncos’ paint defense and continued to attack them.

Huskies’ Williams continued to score with 4 minutes left, attempting to extend a lead for the huskies.

“They came out and played freely and clean,” head coach Rashon Burno said on Huskie Sports Radio Network. “Everybody contributed to the game at different points of the game.”

Huskies led 38-30 at the half. Huskies Williams has ten points and Makuoi has nine points. Broncos Norman Jr. leads all scorers with 12 points.

NIU would take their biggest lead at 19, 67-48 with minutes left in the second half.

Huskies would keep the momentum going as they win 75-56. NIU finished the game with 16 assists and shot 55.6%.

“I think our best basketball is still ahead of us; we just have to put it into play,” Burno said.

The Huskies continue their road trip at 4 p.m. C.S.T.,  Feb. 5 as they face the Bowling Green State University Falcons. The game will be televised on ESPN 3.