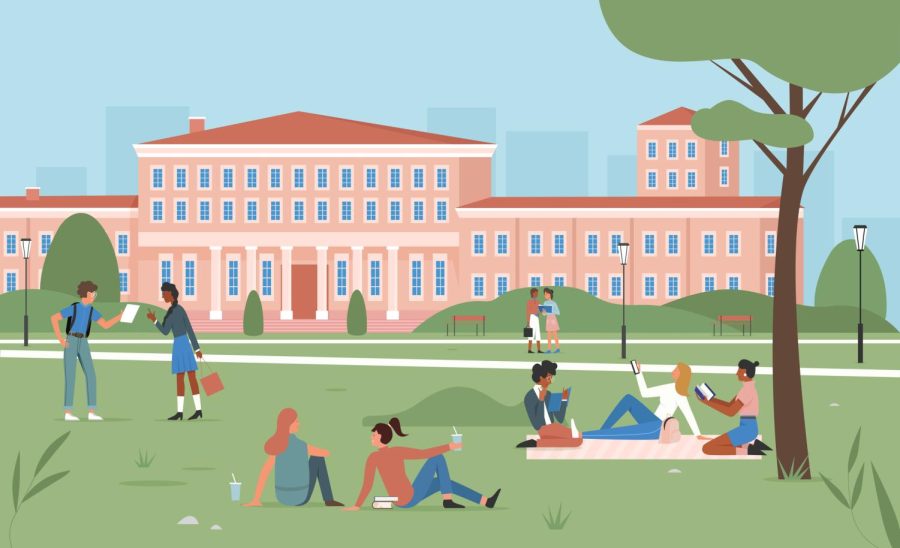 College students are stuck between childhood and adulthood trying to juggle school while dealing with everything else in the world. Here are five TV shows that are relatable and tackle those same topics.

This show follows four first-year roommates as they navigate their sex lives and the usual hardships of being in college. It stars Pauline Chalamet, Amrit Kaur, Reneé Rapp and Alyah Chanelle Scott.

Created by Mindy Kaling and Justin Noble, this 2021 series has 10 episodes and was renewed for a second season on Dec. 7. It’s highly addictive and hilarious as the four girls are so different in their own ways, but complement each other very well.

“Grown-ish” is a spinoff of the family sitcom “Black-ish” following the oldest Johnson child, Zoey, as she heads off into college and adulthood. Yara Shahidi, Trevor Jackson, Halle Bailey and Francia Raisa star.

Audiences first saw Zoey in “Black-ish” where she was the spoiled brat who only cared about popularity, but in “Grown-ish” she gets a bit of a culture shock as she realizes that not everyone has the same life as her.

“Dear White People” is a comedy-drama series that follows Black students at a fictional Ivy League college where they discuss race relations on campus and question whether their university is as “progressive” as it claims to be.

The show starts off with campus radio host Samantha White, played by Logan Browning, witnessing a Blackface party on campus and detailing it on her college’s radio show leading to an outcry from Black students on campus.

“A Different World” is a spin-off of “The Crosby Show” and follows Denise Huxtable, played by Lisa Bonet, at a fictional historically Black college, Hillman College.

Bonet did leave the show after the first season and the series’ focus shifted to Whitley Gilbert and Dwayne Way, played by Jasmine Guy and Kadeem Hardison.

“A Different World” was inspired by student life at HBCUs (Historically Black Colleges and Universities) and aired for six seasons before ending in 1993.

Winger’s plans start to derail as Perry invites her friends to join the group, but they all soon become close friends.