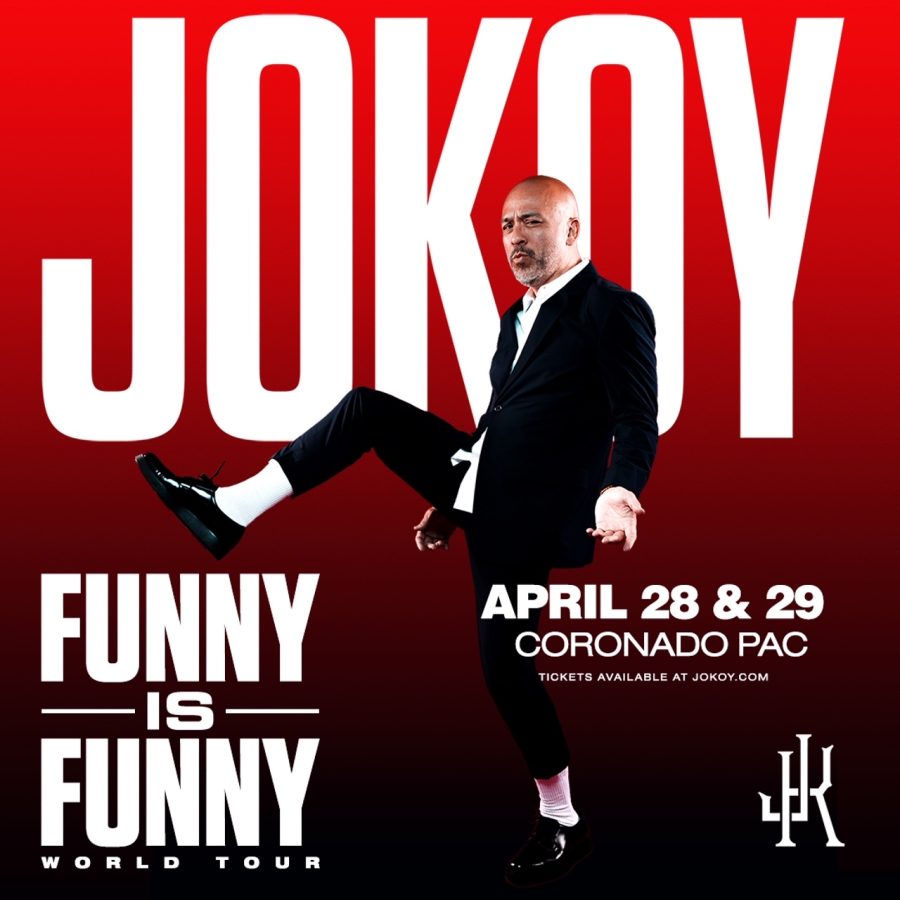 Courtesy of the Coronado PAC

Jo Koy is a Filipino American, best known for his various comedy specials and appearances on live television. The AARC will select up to 28 applicants to attend the performance.

The Asian American Resource Center is inviting students to apply for a free ticket to see Jo Koy perform at 8 p.m. on April 28 at the Coronado Theater in Rockford.

Jo Koy is a Filipino American, best known for his various comedy specials and appearances on live television. His appearances are not limited to: Jamie Foxx Presents: Laffapalooza!, The Tonight Show with Jay Leno, Jimmy Kimmel Live! And Last Call with Carson Daly.

Koy has won the Showtime at the Apollo, performed in front of troops in the USO Tour and received a second invite to the Montreal comedy festival Just For Laughs, the series for which he was awarded Canada’s prestigious Gemini Award.

Koy still tours the country and can be heard as a weekly guest on the Adam Carolla Show podcast. He also hosts a weekly podcast called the Koy Pond and has currently run two comedy central specials: Don’t Make Him Angry and Lights Out. His third comedy special, Jo Koy: Live from Seattle, was released on March 28, 2017, as a Netflix Original Koy released another Netflix special titled Jo Koy: Comin’ In Hot, on June 12, 2019.

The AARC will select up to 28 applicants to attend the performance. Everyone is invited to apply.

For an application to be considered, students must complete the application by Feb. 15 and select three AAPI events that they will attend prior to April 1.

Please contact Rabia Amin with any questions at ramin1@niu.edu.