The team had its first outing of the spring season at the Desert Mountain Intercollegiate. 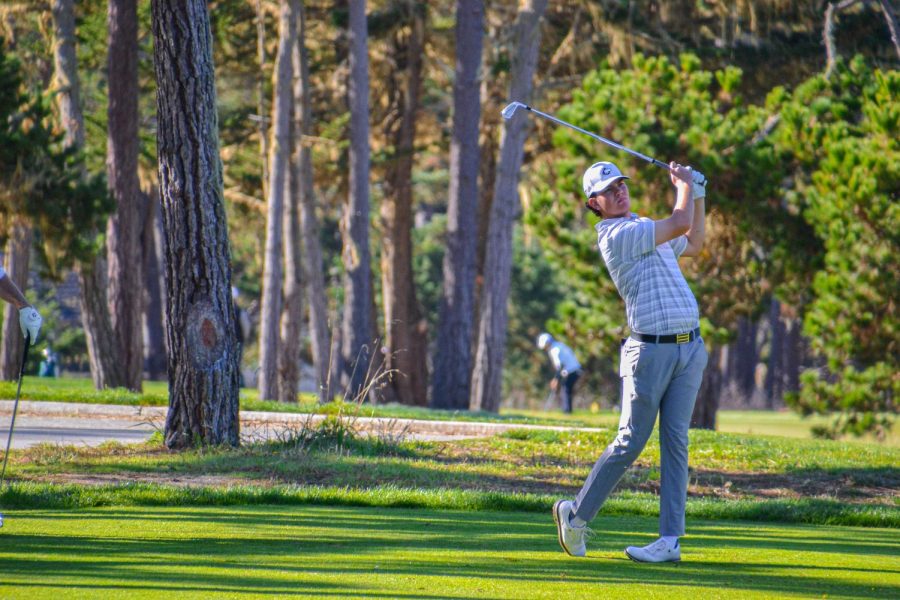 The men’s golf team kicked off its spring competition schedule at the Desert Mountain Intercollegiate Saturday and Sunday, finishing 14th in a 16-team pool during competition in Scottsdale, Arizona.
How it happened
Saturday’s opening round saw two Huskies post negative stroke counts. Graduate student Michael Cascino and senior Reece Nilsen each ended the first round at one-under-par. NIU sat at the bottom of the leaderboard at 16th place after one round.

The second round posed more of a challenge for the Huskies with three golfers hitting double digits over-par. NIU’s best performer of the round was freshman Ben Sluzas, who recorded one-over-par. The Huskies were able to make a jump on the leaderboard, ending Saturday’s competition in 13th place at 33-over-par.

NIU’s third round of the tournament action mirrored that of this opening round as the Huskies earned 10-over-par in both rounds. Cascino’s one-under-par performance helped him finish as NIU’s best golfer on the individual leaderboard, finishing in a three-way tie for 31st place.

The Huskies finished the event 43-over-par in 14th place, only ahead of Grand Canyon University and the “B Squad” for the University of Michigan.
Thoughts from coach Carlson
On adversities faced during the tournament:

“This was a strong field of mostly southern schools, many of which had played already this spring,” head coach John Carlson said. “The conditions yesterday afternoon were top-five most difficult I’ve faced as a coach. It was 55 degrees with 30 miles per hour winds on a really hard golf course.”

“In each round, it seemed like we had two guys play really well,” Carlson said. “It’s on us as a coaching staff to make sure we have more consistent play from all five guys as we move forward.”
The end result
The Huskies’ 14th place finish at the Desert Mountain Intercollegiate marks their second-lowest ranking on the season. Their lowest finish came Nov. 8-11 at the Saint Mary’s Invitational, where NIU placed 17th to close out their fall competition schedule.
Looking ahead
NIU will make its return to the green April 9 as the Huskies will participate in the Aggie Invitational at Traditions Club in Bryan, Texas.