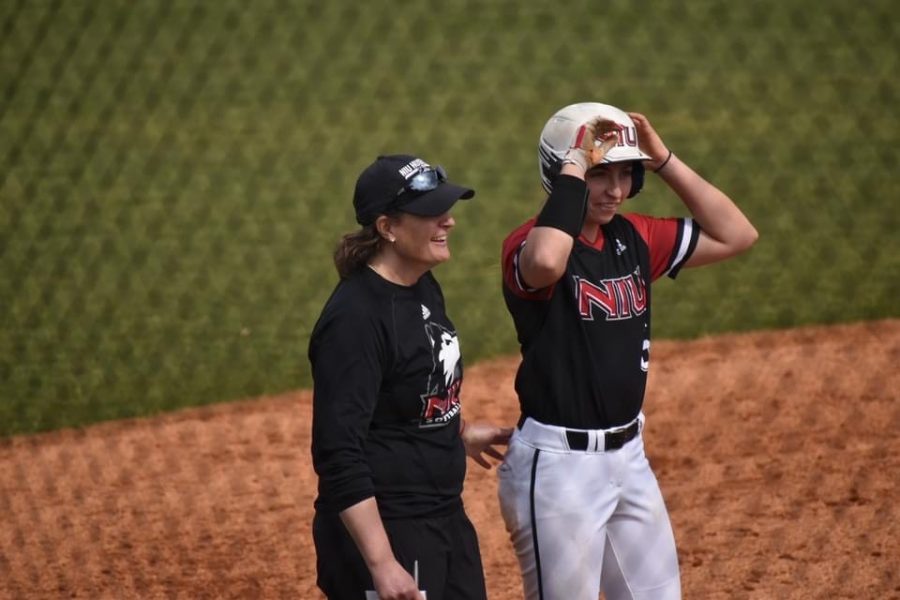 DeKALB — The NIU softball team lost both five-inning games of a doubleheader against Miami University (Ohio) Friday in their first home series at Mary M. Bell Field in DeKalb.

Miami tallied a combined 18 hits in both games over NIU total of five on the day.
Game one: Miami 12, NIU 2
In the first game of the day, the Huskies were unable to keep up with the RedHawks as they got off to an early 6-1 lead in the second inning.

Senior infielder Katie Keller led the team with two hits, including a double. NIU’s only two scoring opportunities came from RBI doubles batted by Keller and senior designated hitter Bianca Barone in the first and fourth innings, respectively.
Game two: Miami 9, NIU 1
The second game of the day commenced in a similar fashion with Miami accelerating to an early lead.

The Huskies were not able to score until Barone hit a solo home run in the bottom of the third inning, creating a 7-1 score. Besides this one hit, NIU only reached base one other time in the game with a walk drawn by Keller.

“I thought we played good defense,” head softball coach Christina Sutcliffe said in an NIU Athletics news release. “We had a game plan in place and our outfield did well with this wind especially, and our infield made a couple of nice plays. So I just think we needed to have a couple of better at bats and it would’ve been a different result.”
Looking ahead:
The third game of NIU’s series against Miami, originally supposed to take place on Saturday, has been canceled due to weather conditions and will not be rescheduled.