What to expect on the SGA election ballot 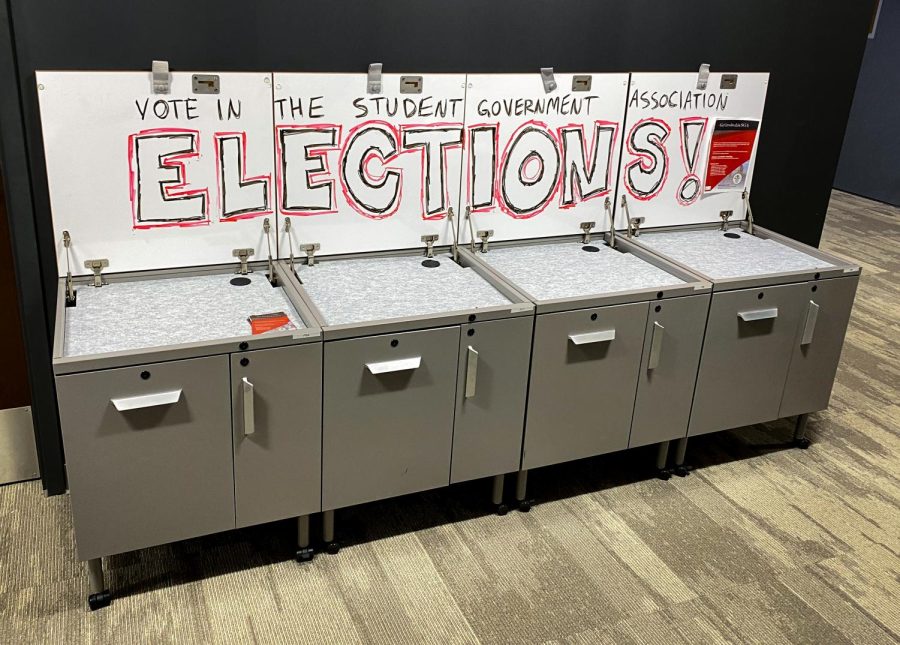 Sign within the SGA OASIS space in the Holmes Student Center promoting for students to vote in the Spring 2022 Student Government Election.

By Elisa Reamer and Ellie Craighead

“The presidential candidates are very motivated and very excited to run this election so that will definitely be a contested election,” Jacob Burg, the current Deputy Speaker of the Senate said. “We also do have several legislative ballots that are going to be contested.”

“In those three specific colleges, there will be in total there will be four people who will not be winning their election, so we’re going to see a senate election that’s going to be pretty highly contested as well,” Burg said.

Burg said diversity will be a big topic during this election season because of how diverse NIU is, so it’s an important conversation for students and faculty.

“Both presidential candidates have made it very clear they want to reform a lot and expand the role of student government and have more influence,” Burg said.

Vice president James Holmes said an interesting thing about the executive candidates is that most of them don’t have experience being a part of SGA but do have organizational experience. Usually, people who take up these roles have already been in SGA.

“The two most influential positions (are) going to be filled by someone who currently does not have SGA experiences, so we’re very excited to also see what good things they can bring to our org,” Burg said.

A lot of the candidates are platforming on transparency and diversity, Burg said. Montez Soliz, a junior political science major, was not able to attend the election debates, so they do not know the exact difference between his presidential goals versus his opponent Raaif Majeed, a senior pre-med student majoring in psychology.

Burg said that there are several different opportunities to learn about each of the candidates.

Burg said this is the first election in a decade that will not require a special election, which occurs when not every position is filled or if a quorum is not met but this year they will be over that threshold.

“We’re seeing really good engagement and overall turnout in terms of people interested in being a part of the SGA,” Burg said.

Holmes recommends that anyone who wants to join SGA talks to himself or Burg.

“We’re very privileged at NIU to have such a good structure in student government like these positions are paid,” Holmes said. “You can be paid to come here, have your own office, get work done and I think the big thing is, you know, focus on making an impact in your community.”

There are three seats still available that can be filled by a write-in candidate that would not be on the ballot. The seats are within underserved communities, university housing and the College of Visual and Performing Arts. Those who have questions about that process can email jburg1@niu.edu.