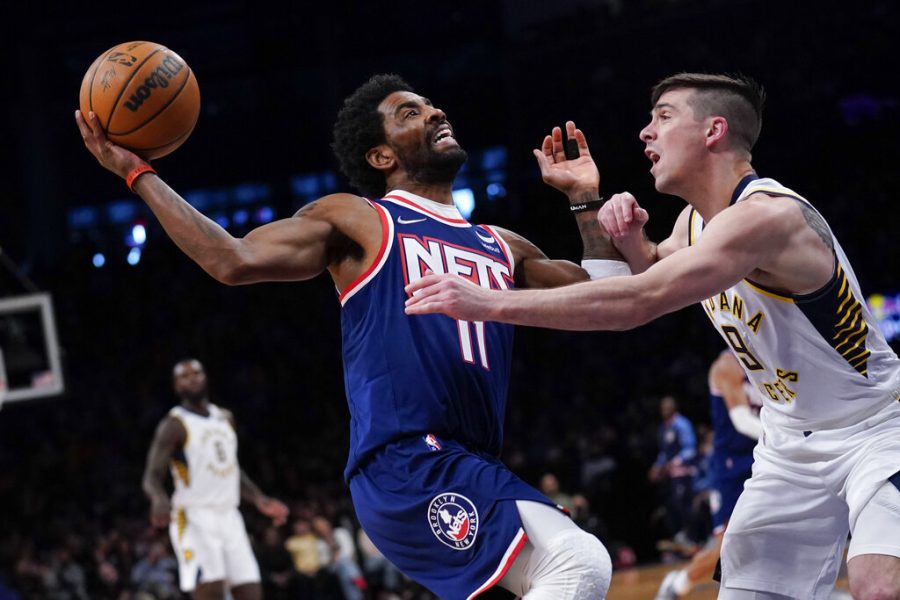 Ramadan is the holiest month of the entire year for Muslims across the world. Muslims fast during the month, meaning they cannot eat or drink from sunrise to sunset. This is done to help give perspective on how fortunate it is to have the choice to fast while many cannot get food or water daily. With Ramadan starting at the beginning of April, it is a great time to highlight Muslim athletes, past and present, that have embraced Islam while also being great athletes.
Muhammad Ali
Muhammad Ali, formerly known as Cassius Clay, was one of the biggest athletes in the world. Not only did he fight against some of the toughest boxers in the ring, he also used his magnitude to fight for justice out of the ring.

Ali converted to Islam by the time he turned 19 years old, eventually changing his name after defeating Sonny Liston for his first world heavyweight title. Ali no longer wanted to be known by his “slave name” given to him, and through teachings by religious leader Elijah Muhammad, he made the change.

“That’s a Black man’s name. Cassius Clay was my slave name. I’m no longer a slave,” Ali said in an interview. 24 hours after winning his first World Heavy Weight Championship. “Muhammad means worthy of all praises and Ali means most high.I wanna be called by that name, I write autographs under that name, I wanna be known all over the world by it.”

Ali was a practicing Muslim for much of his career, even performing one of the main pillars of Islam, Hajj, in 1972 before entering his second stint as World Heavy Weight Champion in the mid 1970s.  Hajj is when one travels to the holy city of Mecca in Saudi Arabia once in their life and prays at the Kaaba.
Kareem Abdul-Jabaar
Kareem Abdul-Jabbar, like Muhammad Ali, was also a convert. Before being drafted to the NBA in 1969, Abdul-Jabbar, then known as “Lew Alcindor,” took his Shahada. This is essentially a verbal oath of faith to Allah and the religion of Islam.

It was in 1971, after winning his first of six NBA championships, that Alcindor wanted to be recognized by his new Muslim name of Kareem Abdul-Jabbar. Abdul-Jabbar, which stands for “Noble one, Servant of the Almighty,” changed his name as a remembrance to his family’s true heritage from Africa.

“I used to be Lew Alcindor, the pale reflection of what white America expected of me.” Abdul-Jabbar said in his own opinion piece on Aljazeera America. “Now I’m Kareem Abdul-Jabbar, the manifestation of my African history, culture and beliefs.”
Hakeem Olajuwon
Hakeem Olajuwon is one of the greatest centers to ever play in NBA history. But, to me, the greatest thing about him is how he is an ambassador of Islam and his culture. Olajuwon might be one of the most notable Muslim athletes because of how devout he was to the religion. If the NBA season coincided with Ramadan, Olajuwon would fast during games. He was not only playing, but he was totally dominating without drinking or eating until it was sunset. Olajuwon, like all true Muslims, knows what the real goal of Ramadan truly is about.

“For me, Ramadan is not about being hungry or thirsty during the game. It’s about learning what it’s like to be hungry or thirsty all the time,” Olajuwon said in a public service announcement by the Islamic Media Foundation. “It’s about mercy, patience, devotion, sincerity and spiritual growth. Ramadan is about winning in life.”
Kyrie Irving
Kyrie Irving is another great athlete that made the decision to convert to Islam recently. Irving, who has always pushed for social justice and humanitarianism for years, saw the similarities of his beliefs and Islam. He finally made the decision to convert in April of 2021. Irving explained in a press conference following a game last year his decision to convert and what it means for him to embrace the religion.

“All praise is due to God, Allah, for this… For me, in terms of my faith and what I believe in, being part of the Muslim community, being committed to Islam and also just being committed to all races and cultures, religions, just having an understanding and respect,” Irving said. “I just want to put that as a foundation.”

Irving has now fasted for two straight years during the NBA season, finding the grace and serenity in it.

“I am taking part in Ramadan with a lot of my Muslim brothers and sisters. And it’s been an adjustment,” Irving said. “It’s just being committed to my service to God, Allah, and then continuing on with whatever I’m guided with.”