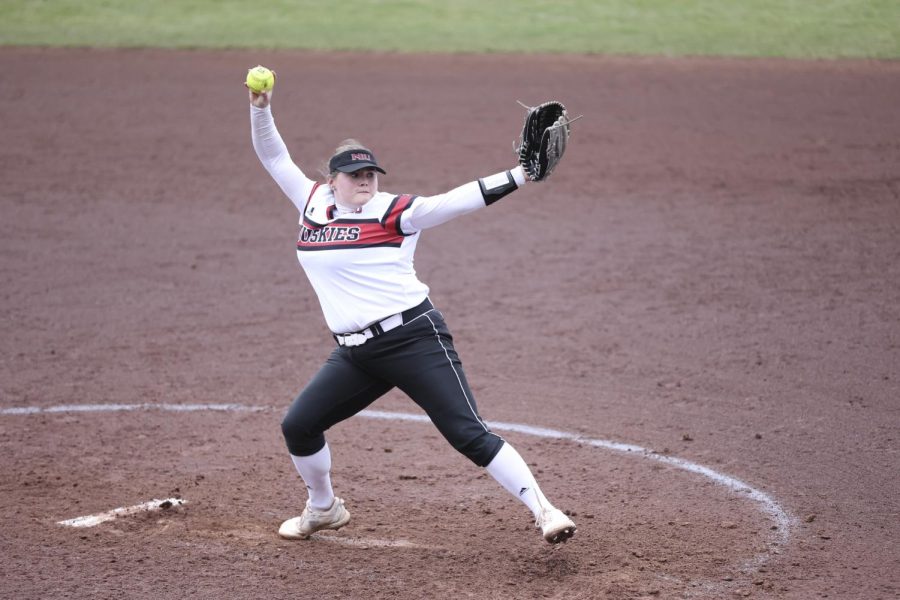 The NIU softball team gained one win while losing two games in a weekend series against Kent State University Friday and Saturday in DeKalb.

The Huskies lost the first game of the series 3-1 Friday after playing nine innings.

Kent State scored first in the fourth inning. NIU tied up the game in the sixth inning when a sacrifice fly by Mahy scored sophomore pinch runner Ellis Erickson. The Golden Flashes broke the tie with a two-run home run in the top of the ninth inning.

NIU picked up their only win in the weekend after coming back from a four-run deficit in the first game of a doubleheader on Senior Day Saturday. The final score was 6-5 for the Huskies.

Kent State held a 5-1 after scoring three runs in the top of the seventh inning. The Huskies put together a five-run rally, capped off by Rodriquez being walked with the bases loaded, to walk off with a 6-5 win.

Barone and junior infielder Sam Mallinder led NIU in the game with two hits. Keller had two runs-batted-in during the game.

The Huskies were unable to score any runs in a 3-0 loss for the second game of the doubleheader.

Kent State scored right away in the top of the first inning and scored a pair of runs in the sixth inning.

“Scoring five runs in the seventh was a great comeback and a great win for us in the first game,” head coach Christina Sutcliffe said in an NIU Athletics news release. “Unfortunately we weren’t able to carry that momentum into the final game. We just couldn’t figure out their pitcher in game two. Our nemesis right now is leaving runners in scoring position and not getting the hit when we need it.”

NIU will have a single home game matchup against DePaul University 3 p.m. Wednesday in DeKalb.

The Huskies will return for another Mid-American Conference weekend series against Ohio University starting at noon CT on Saturday in Athens, Ohio.