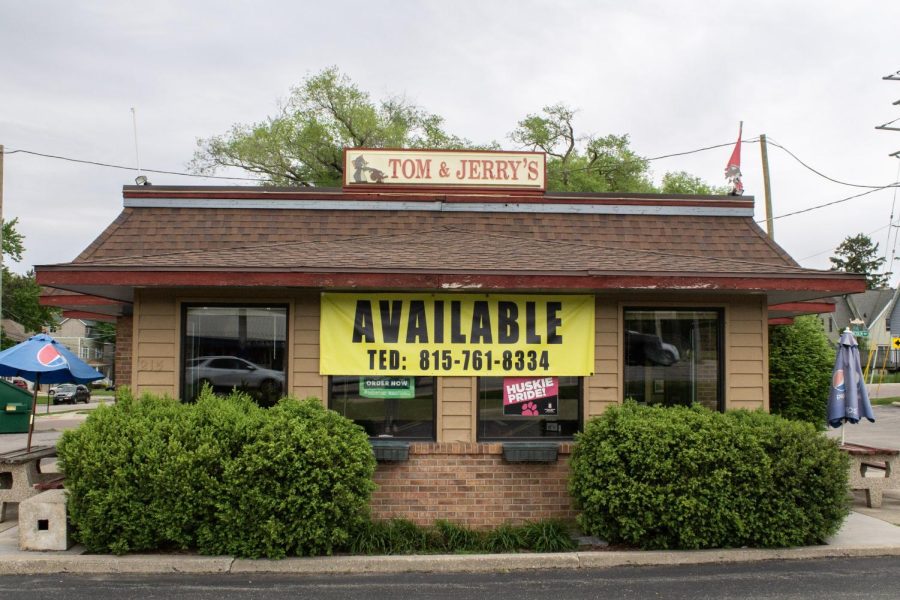 Tom and Jerry’s, 215 W. Lincoln Highway, is currently up for sale.

DeKALB — In April, Tom and Jerry’s restaurant closed down, initially putting the location up for lease. As of early May, it is now for sale.

Tom and Jerry’s, 215 W. Lincoln Highway, was founded by NIU alumni Tom Rosenow and Jerry Blessing back in the 1970s, according to the Daily Chronicle. They managed to become a regional chain with locations in Sycamore, Rockford, Belvidere and Rochelle.

The loss of a memorable DeKalb business is felt upon the citizens and the City elected officials.

“​​Anytime (a) business closes, we hope something will go in there quick, you know, another restaurant or some other business,” DeKalb’s Planning Director Dan Olson said. “Hopefully, something positive for the economy.”

“It would be great if some local business owner would take this location, but the city doesn’t have a preference whether a fast-food chain or local business takes the location,” Olson said.

The one-story, 2,119 square-foot DeKalb location provides a fully-equipped professional kitchen. The listing from Ted Aretos on the Eatz Associates website states that a drive-thru can be added.

Tom and Jerry’s was built in 1989 and remodeled in 2010. The building’s asking sale on Eatz Associates is $599,000 with real estate taxes being $11,861 providing an asset sale, which means all the furniture, fixtures, and equipment are provided. Its asking lease price is $5,000 a month.

“​​Landmark restaurant space in a growing area that also features many golf courses, attractions, and a booming hospitality market with three major hotels within a short distance,” the listing reads. “Plus, lots of new developments nearby including the new Facebook Data Center, Ferraro Candy, and several other factories.”

The Greek-American restaurant provided service to Northern Illinois University and the DeKalb community for 33 years and was a well-established restaurant for over 42 years, taking in $1.2 million in sales annually, according to the listing.

“The owners of that business have provided a popular range of foods for several generations and it is always sad to see a family business close,” City Manager  Bill Nicklas said via email.