Huskie of the Week: Rocky Lombardi 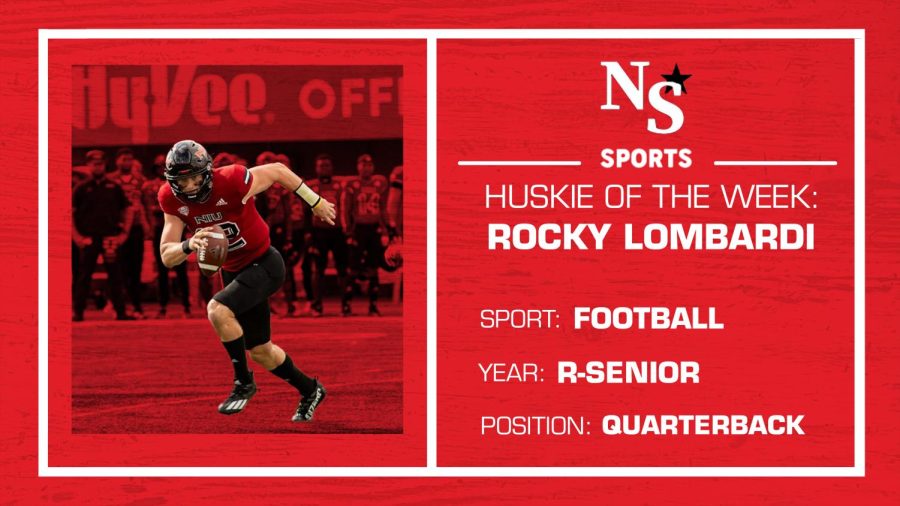 DeKALB — NIU redshirt senior quarterback Rocky Lombardi has been named the Northern Star’s Huskie of the Week after a big performance against the University of Tulsa Saturday night.

Lombardi went 18-for-31 in passing and threw for 259 yards in the game, three touchdowns and one interception. He also scored one rushing touchdown, giving him four total touchdowns in the game.

The Huskies lost on Saturday to Tulsa, 38-35, but a second half surge by Lombardi helped keep the Huskies close.

“You know, that’s what I expect to do,” Lombardi said after Saturday’s game. “I expect to go out there every week and put up performances like that.”

Lombardi led a drive down field in an effort to tie or win the game, but a bobbled pass by redshirt sophomore wide receiver Fabian McCray was intercepted to end NIU’s chances.

Lombardi and the Huskies return to Huskie Stadium Saturday when they will take on the Vanderbilt University Commodores at 2:30 p.m.

The Northern Star Huskie of the Week is voted for on a weekly basis. Votes are gathered from the sports reporters on Monday afternoons.