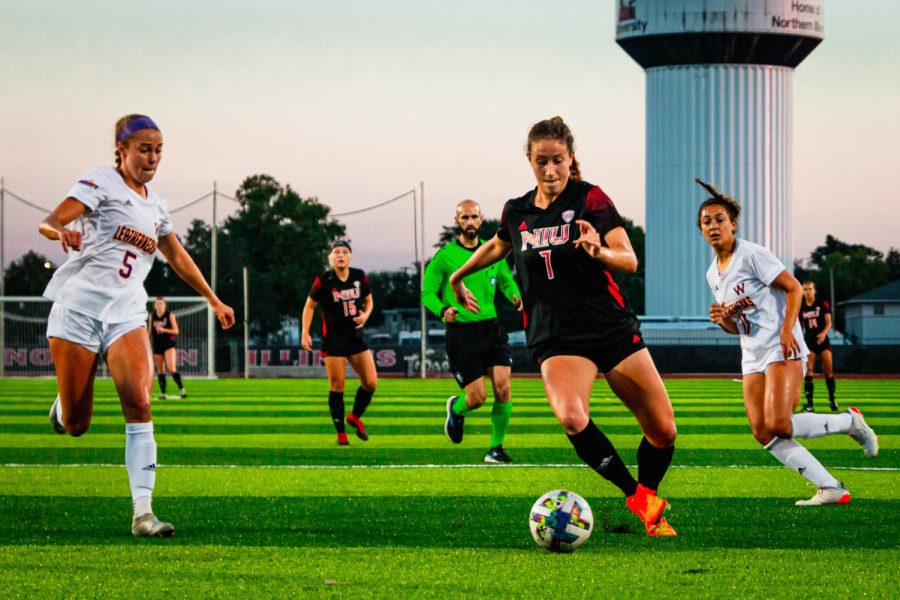 DeKALB — The NIU women’s soccer team visited Chicago State University and left victorious after defeating CSU 2-0 on Sunday. This was a great win for the Huskies following back to back 3-0 losses, after starting off their season unbeaten.

“We wanted to be a bit more aggressive today,” head coach Michael O’Neill said. “We just worked on the ability to get more numbers into the attacking surge, while also remaining defensively sound and secure, and that was pretty evident today.”

Two goals were scored by the Huskies on Sunday. The first goal was scored in the first half by junior midfielder Claudia Muessig. The second goal was scored in the second half by freshman midfielder Aubrey Robertson. This was Robertson’s first career goal.“It felt really great,” said Robertson. “Amber (Best), our forward, did a really great job of holding the ball up and winning the penalty kick. I just kind of picked the ball up and I was just going into it.”

with confidence to strike the ball well and place it really well, and I’ll get the goal. That’s what I did, and I just kept in my head that I’m going to make it.

After back-to-back losses, the team felt like they needed to come out today and make a statement.

“I think losing those two games really gave us a chip on our shoulder,” Muessig said. “I think that we just wanted to get a win going into MAC play, and I think that’s a really good way to start off, going into MAC season with a win.”

The Huskies will start Mid-American Conference play at 7 p.m Thursday, where they will be competing against Western Michigan University. The game will be held at the NIU Soccer and Track & Field Complex.