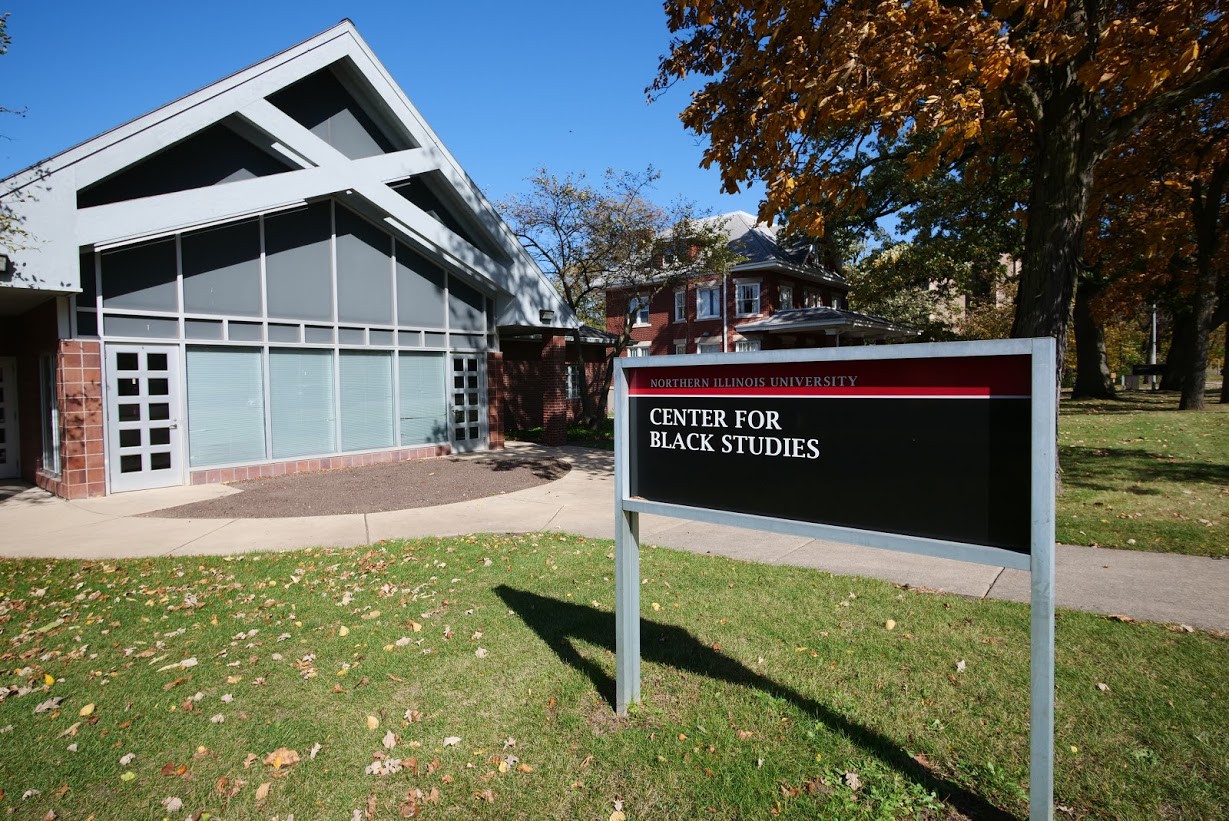 Content warning: This article and the embedded FOIA documents contain harmful language, including racial slurs, that the Northern Star doesn’t use. The decision to include the FOIA documents used in this article serves as a right to readers as these are public documents.

DeKALB — NIU Police records of the investigation into a racial slur being spray painted onto the Center for Black Studies reveal the extent of their now suspended search.

Around 11 p.m. Sept. 16, NIU Police were called to the Center for Black Studies after graffiti was discovered on the front of the building. Down a brick beam at the building’s door five entrance, the n-word was spray painted in white.

The ensuing investigation, with official documentation obtained by the Star via the Freedom of Information Act, led to dozens of interviews and leads, including communication with police at the University of Toronto. The case was ultimately suspended Feb. 10 with no arrests made.

Jason John, NIU’s Deputy Chief of Police Operations since 2004, said the investigation was ultimately closed after all leads went dry.

“The leads that we had — we didn’t find any success with any of those leads,” John said. “With all our leads exhausted, that’s what led to our decision to suspend the case.”

Anne Edwards, director of the Center for Black Studies, said she is happy the investigation is over, even if the perpetrator was never caught.

“There has to be closure,” Edwards said. “After you exhaust all your leads and trace these IP addresses and go through that, I believe there has to be some healing. The case didn’t follow course, they followed it to their last lead and then decided to close it. I can’t do anything but appreciate that and respect that.”

The NIU Police mainly relied on security camera footage of surrounding buildings and businesses, with the Center for Black Studies not having any outdoor security cameras. None of the footage collected definitively showed who committed the crime or when.

John said the video footage from a widespread area was important, with security footage collected from as far east of the building as Tom and Jerry’s at 215 West Lincoln Highway.

“We want to make sure we look at any possible video that will help tell us who would have done this,” John said. “We would canvas the area and based on that, we look at the establishments that have camera footage, pick those up and see if there’s anything that can help us.”

Edwards said that previously broken outdoor lighting fixtures have been fixed at the Center with plans to install security cameras outside after discussing the issue with Black students.

“There was no lighting in the front of the Center, so now all of that has been fixed around the center,” Edwards said. “After some discussion with students, there will be security cameras installed outside the building. They haven’t been installed yet, but that is the plan for outside.”

A majority of the later stages of the investigation were spent investigating hate speech spread in an NIU-hosted public Zoom call held Sept. 17.

Four messages from the meeting including racial slurs and hate codes were submitted to be investigated as Harassment through Electronic Communications, according to a Sept. 18. Additionally, an unidentified person caused an uproar when they interrupted the Zoom call and said, “why would you mute me you [expletive] [slur]?”

Along with the group engaging in hate speech were those who “created multiple profiles in order to upset the Zoom participants,” according to the NIU Police report. Said users would offer fictitious suspects meant to mislead those in the call, according to police reports.

Edwards was in charge of moderating the meeting, saying she was frustrated and hurt by the messages.

“Disrespected was how I really felt,” Edwards said. “For someone to come into that space is to try, I use the word try because they did not prevail, to attempt to cause harm. That is hurtful and harmful and it’s sad. I want to make sure I’m not getting angry behind this, but the emotion I feel is sadness.”

Deputy John was the officer tasked with supervisor approval over the documentation of the Zoom call. NIU Police eventually contacted Zoom asking for information on the four messengers.

John said the NIU police department ultimately detoured the investigation to check for links between the Zoom messages and the graffiti.

“We were doing our due diligence in looking into that potential lead and it takes time,” John said. “Considering the matter we were investigating, we wanted to ensure there was no link from the Zoom call to the Center for Black Studies.”

On Oct.16, Zoom provided NIU Police with the IP and MAC address for all messengers, including the redacted name and email address of one user who had an international IP.

NIU Police failed to find a student under the registered name in their database, but his IP address did match one of a student at the University of Toronto in Canada, leading to NIU police communicating with University of Toronto Police, the Toronto Police Service and Rogers Communications. Later, however, both organizations would say the IP address belonged to another student not named by Zoom.

Edwards said she appreciated the thoroughness of the investigation, praising the work and communication of Police Sergeant Larry Ellington and Detective Michael Moore.

“They were extremely supportive,” Edwards said. “Ellington has been calling me still to keep me in the loop about everything that has been happening since that time.”

One lead the NIU Police tried to follow was similar graffiti found in DeKalb. NIU Police investigated three such incidents in search of connections to the vandalism at the Center for Black Studies.

One incident was reported Sept. 20 on Annie Glidden Road where the n-word was spray painted on a bike pathway. Another incident investigated Sept. 21 on College Avenue reports the n-word being written on a concrete section of a bridge.

The final investigated incident was Sept. 23 on Clifford Drive. In black marker near a park bench, a common counterpoint of racial injustice stated, “13% of the (population) is Black they commit 53% of murders.”

Ultimately, none of the incidents had suspects or witnesses and it was ruled none were connected to the graffiti at the Center for Black Studies.

Edwards said, even with new security measures, that little will deter future hate crimes against the Center for Black Studies.

“We feel that will definitely deter anyone from doing this again,” Edwards said. “But let’s be clear, if somebody wants to do that again they will. That’s sad, but that’s the truth.”