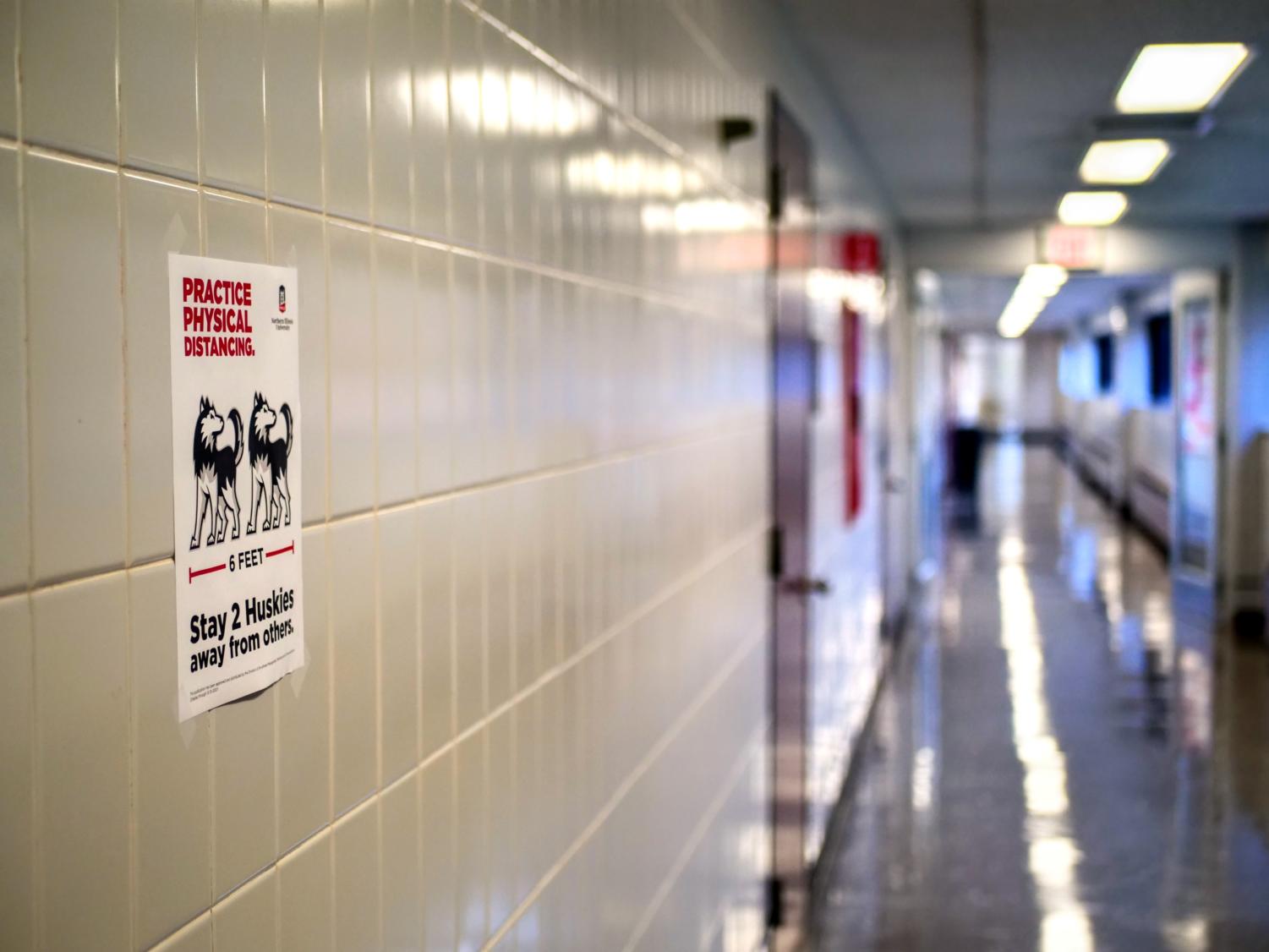 DeKALB – One year ago today, NIU announced its initial shutdown of campus operations for spring break due to rising concerns over the spread of coronavirus across the nation.

More than 28.8 million Americans have been infected with the virus ever since, the most in any country in the world, with more than 520,000 of them dead.

Here are changes the university has made that followed last year’s March 11 announcement:

On March 11, it was announced that remote learning would begin March 23 and was only expected to last until April 4. Soon after this announcement, on March 17, the university decided to move all classes online for the remainder of the semester.

As a result of the pandemic, all undergraduate and graduate students not in the College of Law were able to change any of their courses to a “Satisfactory/Unsatisfactory” grading system.

Similar to the fall semester, on Oct. 8, the university announced that spring semester classes would be taught in-person, online or a combination of the two methods of instruction.

The university hasn’t released official plans for the Fall 2021 semester but has said they’re planning for more normal classes.

On March 19, students were given the opportunity to leave their on-campus dorm for the rest of the semester since remote learning would be in effect.

During the week of July 20, NIU released the “Protecting the Pack” plan, announcing that students returning for the fall semester were required to take a COVID-19 test prior to moving back on campus.

On March 12, NIU announced it would be canceling all spring sports and non-traditional season competition for the remainder of the 2019-20 school year.

Initially, all fall sports were canceled, but NIU announced in September and October that football and cross country would be returning.

NIU President Lisa Freeman announced on March 19 that the university would postpone May graduation ceremonies for all students to August, which were also canceled. NIU hasn’t made any announcement regarding a Spring 2021 commencement ceremony.